Two new trailers have released for the upcoming Sinnoh games, Pokémon Brilliant Diamond and Shining Pearl and Pokémon Legends: Arceus. The remakes showcases two more Gym Leaders and characters from Team Galactic, along with a lot of snippets of Sinnoh music themes – take a look!

Early purchase bonuses were announced if you get the Sinnoh remakes before the end of the 21st of February, 2022:

The second trailer expanded on Hisuian Zorua and Zoroark, showing them in a snowy environment (which arguably could look a little nicer, but let’s hope for further improvements there by game release). We also see moves in battles affecting both Pokémon and Trainer.

Pokémon Legends: Arceus also has early purchase bonuses by the end of the 9th of May, 2022:

The official website offered lore for the two forms too. Get your tissue box ready…

Reborn as a Ghost-Type Using the Power of Spite

These Zorua migrated to the Hisui region after being driven from other lands by humans, who shunned the Pokémon for manifesting uncanny illusions. But the Zorua perished, unable to survive the harsh Hisuian environment and strife with other Pokémon. Their lingering souls were reborn in this Ghost-type form through the power of their malice toward humans and Pokémon.

Disguising Themselves and Feeding on Targets’ Terror

If Hisuian Zorua spot a lone person or Pokémon, the Zorua may appear before them in a guise mimicking the target’s appearance. Unlike the illusions of the previously discovered form of Zorua, these ghostly mimicries are created using spiteful power emitted from the long fur on Hisuian Zorua’s head, around its neck, and on its tail. It appears that Hisuian Zorua absorb and draw strength from the terror of those who witness their illusions. 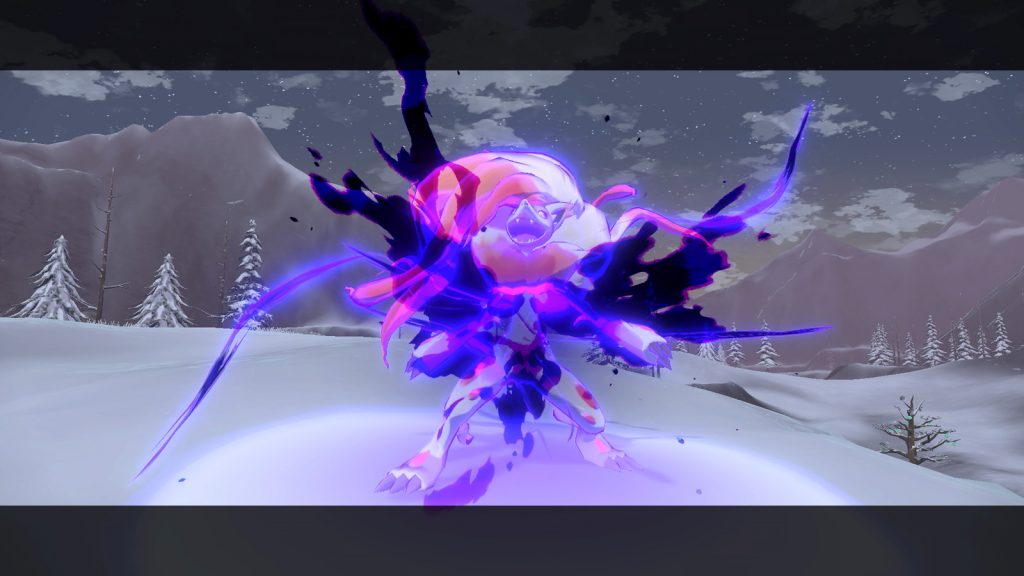 Cursed Illusions Erupt Forth from Its Voluminous Coat

The spiteful power emitted from Hisuian Zoroark’s long, writhing fur projects terrifying illusions—and it can also inflict physical harm upon foes, damaging their bodies from both inside and out. And the illusions that Baneful Fox Pokémon projects have expressions of such utter malice toward every last thing upon this world that those who see them are said to be driven mad by the terror.

A Pokémon with an Unexpected Soft Side

Hisuian Zoroark is ferociously hostile and aggressive toward people and other Pokémon. But it appears to have a compassionate streak for those it considers close or like family. It has been seen to protect Hisuian Zorua, for example. Anyone able to establish trust with a Hisuian Zoroark would likely find it an invaluable ally.

The file sizes were also confirmed for the two sets of games: around 10 GB for the Sinnoh remakes, and 7 GB (or 13 GB according to eShop listings) for Pokémon Legends: Arceus.

According to the prepaid download cards currently being sold in Japan, the digital versions of #Pokemon #BrilliantDiamond & #ShiningPearl will take up around 10 GB of system memory while #PokemonLegendsArceus will require 7 GB. pic.twitter.com/9tYDSqlgAj