New additions to the Pokémon franchise were announced in the recent news for Pokémon Legends: Arceus, including a cute variant on popular Fire-type Growlithe, a Psychic-type version of Braviary, and new evolutions for often forgotten Pokémon, Wyrdeer (Stantler) and Basculegion (Basculin). There’s even Kleavor, a new evolution for Scyther (a fairly popular Pokémon).

So what’s the inspiration for these new additions? In Hisuian Growlithe’s case, what can we speculate about Arcanine’s form? We take a quick dive into the set.

We start with this absolute cutie, already a fan favourite with a multitude of fan art made of it. It’s now a Fire/Rock type, and comes with extra fur that helps it retain heat in the cold Hisui region. While its horn is made of rock, it doesn’t use it often as it can break easily. They have typically lived apart from people and often guard their territory in pairs.

The likely basis behind this variant of Growlithe is shisa, a cross between a lion and a dog. These creatures are quite often depicted through stone sculptures – a nice link to Growlithe’s new Rock typing. Furthermore, like Hisuian Growlithe, they are often seen in pairs:

Shisa is believed to ward off evil and they are almost always seen in pairs, one with open mouth and one with a closed mouth. One of them is male and one is female but, depending on who you ask, which one is which might differ.

What about that horn on its head? One eagle-eyed fan noticed that there’s a possible link with ancient Chinese helmets, with the top spike matching the helmet design. It may be a coincidence, but it’s interesting to note. Perhaps this would come into the design for Hisuian Arcanine. It’s hard to see it moving away from the Fire/Rock typing this form has upon evolution, and as the description highlights a horn that can break easily, this may feature heavily in Growlithe’s evolution and become a defining attribute – a horn that does not break easily for this fierce defender that wards off evil.

Rock Slide might be a possible move Hisuian Arcanine would learn too:

The king went to the beach and as he held up the Shisa a thunderous roar shook the whole village, it is said even the dragon was startled. A big boulder fell from the sky and crushed the dragon’s tail so it couldn’t move. It died and the body gradually became overgrown with trees and shrubs.

Stantler always seemed a bit odd in being a pure Normal type with some obvious abilities that would make a Psychic typing be fitting. Its antlers feature heavily in its Pokédex entries, and it has fitting moves such as Confuse Ray and Hypnosis to its movepool. Now that has been realised with its evolution – Normal/Psychic.

Perhaps the climate of Sinnoh is why Wyrdeer only makes an appearance now. Its description references that its fur offers “top-notch protection against the cold”, and also highlights once again the black orbs at the bases of its antlers, that allow it to “generate[s] and unleash[es] psychic energy powerful enough to distort space”.

Stantler could be seen to be based upon sika deer, which in retrospect made it a natural target for a brand-new evolution in medieval Sinnoh. Not only is there a popular area in Nara where feeding local deer is a key attraction, there is a white deer in Chinese and Japanese mythology, both seeing white deer as a symbol of longevity. In Shinto legend, it is also seen a “divine messenger”. Fitting that Wyrdeer can be used to transport you around the region!

Basculin, based on bass, was one of the more forgettable Pokémon of the franchise. It has the red and blue stripe gimmick which, let’s face it, isn’t noteworthy. Sugimori, long-time artist for Game Freak, stated the two forms existed because of a shortage of fish Pokémon in Unova’s Pokédex. Maybe a practical reason, but not an effective one. Nonetheless, it now has something going for it in a brand new evolution: Basculegion.

It has a neat concept to it as well –  it’s fueled by the souls of those in its shoal (or legion – hence the name) who perished in their journey upstream. Fish like bass and salmon do suffer great losses in their journey to their original home to spawn and shortly after die. Another possible version of the concept can be seen in the Shin Megami Tensei enemy Legion, based on a bible story of a collection of demons that inhabited a man and had a single hive mind, although this does differ from Basculegion’s descriptions.

This could be also seen to be a loose reference to gashadokuro, spirits created from the souls of people who died in battle and were not buried. Basculegion does have the vague appearance of a military leader in its face… There are no notable pieces of legend or myths to do with bass otherwise.

Scyther has gained a new evolution, and it’s ditched needing a Metal Coat for it, it seems! Kleavor’s got a pair of axes for arms, and a Rock typing replacing the Flying type its pre-evolution had.

There are two aspects we can consider here. One is that as this is a region set in an older time period, the method of evolving Scyther into Scizor had not yet been discovered. Metal Coats may not have been readily made or found in this place and time. After all, Jasmine’s Steelix is implied to be a more recent discovery, even if you have to ignore this claim is made in the view of the franchise’s first sequel introducing a new pair of typings and trying to justify them beyond ‘Psychic types were broken’. Kleavor instead involves rocks, a much more readily available material.

The second is to its arms instead, resembling an axe. Everyone knows about the sword of the samurai, but not many think about the axes they used too, often for splitting the helmets of enemies. It’s a neat take on the different arms Scyther and Scizor have used in battles, that relates to the medieval times Hisui is set in.

The original Braviary was based on the bald eagle, and hence was an obviously american-based addition to the Unova region. Now we have Hisuian Braviary – so what is it based upon?  A clue comes from the website:

When Rufflet in the Hisui region evolve, they become Hisuian Braviary. In the winter, this Pokémon flies in from somewhere farther north. It’s larger than the previously discovered form of Braviary and tends to live alone rather than in flocks.

Bald eagles do migrate, even as far as Japan, but it appears to be a rather rare event, so perhaps it is another eagle. One eagle that does more typically migrate to Japan for winter is the Steller’s sea eagle. It’s one of the largest raptors, and has a similar colour scheme to Hisuian Braviary as well.

As for the Psychic typing gained by this variant, the closest one can get is to look at the Tengu, deities that take the form of birds of prey or monkeys, and can foresee the future and “power to stir up great winds” – not too different from Hisuian Braviary being able to “imbue its eerie screeches with psychic power to generate powerful shock waves”. 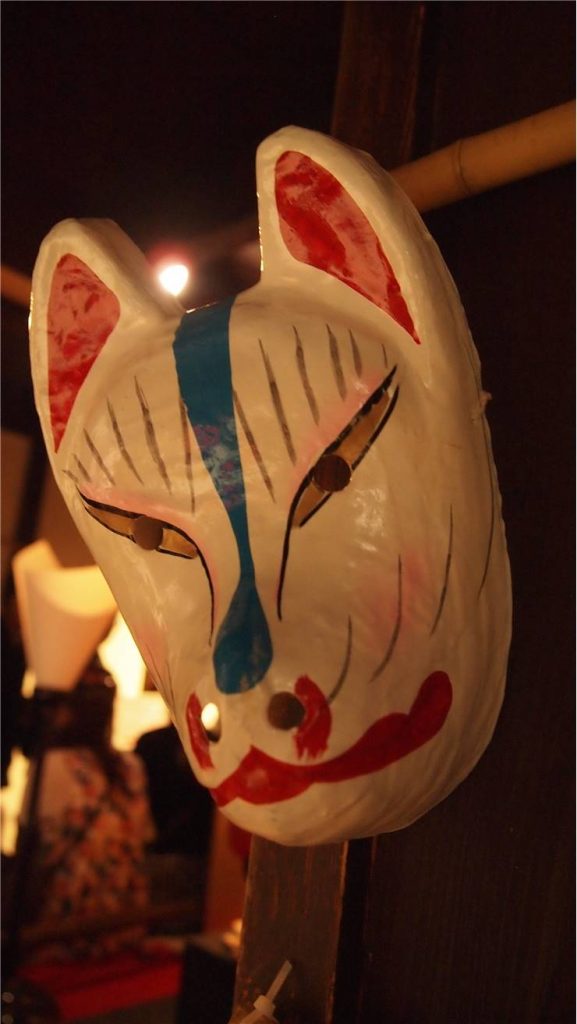 The two new Hisuian additions took generation mascots Zorua and Zoroark and gave them the unique typing combination of Normal and Ghost. Zorua was already based on the kitsunetrickster foxes in Japanese lore which are able to shapeshift. Kitsune can also create illusions “so elaborate as to be almost indistinguishable from reality”. Zorua and Zoroark also employ shapeshifting:

To protect themselves from danger, they hide their true identities by transforming into people and Pokémon.

Masks have been made to represent various different kitsune, among them a white variant (hakuko), evidently the inspiration for the Hisuian form here.

Zorua was originally a Dark type, representative of the trickery employed in disguising itself. Its new typing rather fits one translation of kitsune to “fox spirit” – being immune to Normal, Ghost and Fighting types works here.

That’s what we’ve been able to research and speculate upon – do you have any theories to share of your own? Which is your favourite revealed so far?

Edited by Aldo, Cocoman and Rabinov.