The Exploration of Unova: The Perfect Unity of Adventure

Another reason why the Unova region’s “linearity” does not weaken the game is because the routes are brilliantly designed to encourage and reward exploration. Players who do not keep HMs on their teammates are not penalized, while those who do are given a plethora of investigation opportunities and benefits throughout their adventure while reducing the need to backtrack. The only required HM in the entire game is Cut in the Dreamyard, but the player is gifted a Pansear, Panpour, or Pansage—depending on their starter choice—that can conveniently learn the move. There is never stress to capture a Pokémon for the sake of learning an HM. 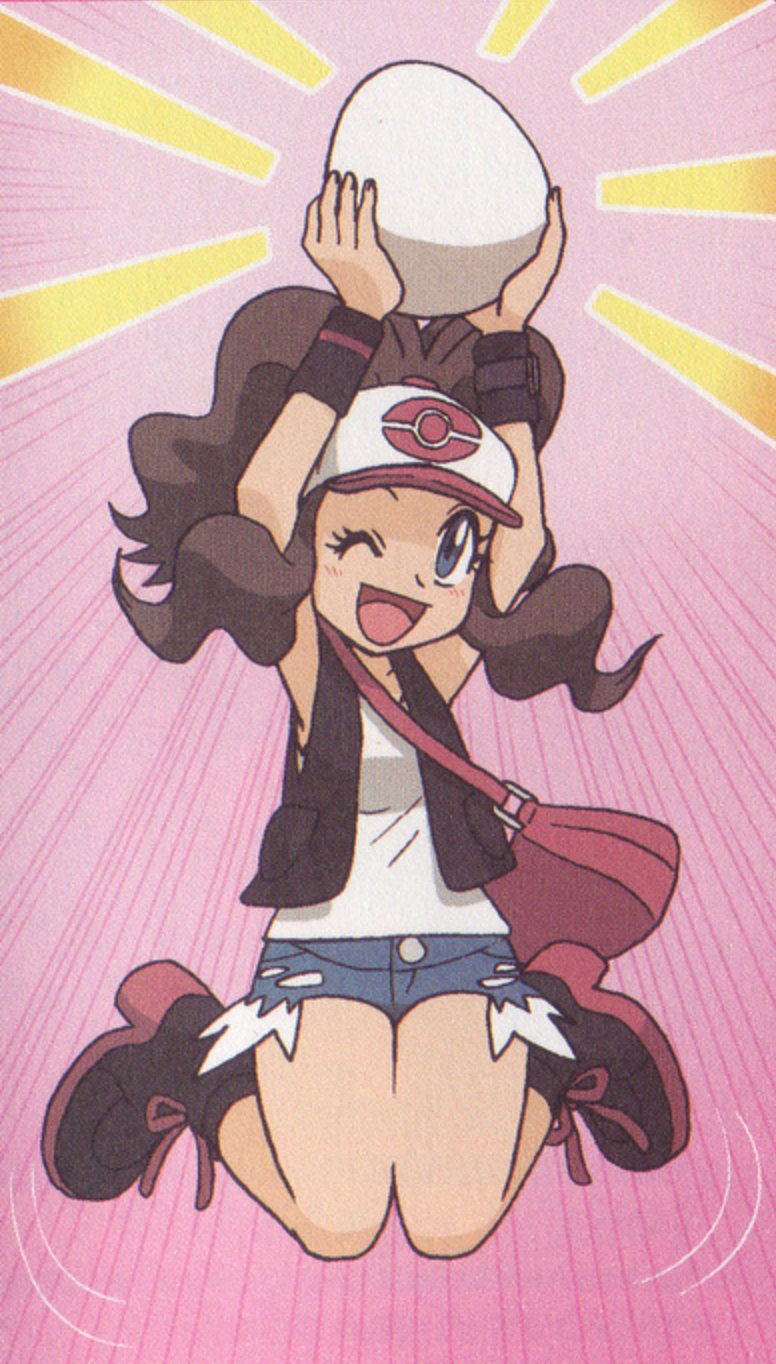 This also comes with the added bonus of HMs no longer being progress-blockers. Although recent games removing the need for a move to be learned at all can be greatly beneficial to team-building, the replacement of HMs still remain a roadblock. You may not need to teach Surf or Rock Climb to cross a body of water or rocky terrain, but you still need to unlock the right Ride Pokémon to do so and cannot progress until then. For games in which HMs or their equivalent are roadblocks, this method works wonderfully. But in Black and White, HMs are solely an addition. The very rare roadblock is not only easy to miss, but is never HM-related, making HMs purely a boon to exploration—and players are never forced to explore if they do not want to.

It can also be worthwhile to remember past locales with barriers that can be overcome using HMs. Carefully-placed optional obstacles such as boulders and bodies of water motivate players to return to previously-visited routes to see what lies beyond. Perhaps the most notable of these is Route 1, which has a large body of water that can be surfed across—although you will not have Surf until six Gym Badges later. This leads to a mountainous island full of Trainers, the HM for Waterfall, and a gift Egg carrying the very rare and powerful Larvesta. Instead of forcing the player to backtrack with oddly-ordered Gyms, Black and White give players the option to backtrack if they so choose, and rewards them handsomely for making that choice.

HMs also have no badge requirement—once you receive one, you are free to use it at your leisure. For instance, players who find Strength in Nimbasa City do not need to wait to defeat Elesa before using it—they may not even find it at all. The HM for Surf may be used immediately after receiving it from Alder on Route 7, and the aforementioned HM for Waterfall can also be used the moment you pick it up, whether it be right after receiving Surf, or after the credits roll and you remember to check over routes you have missed. 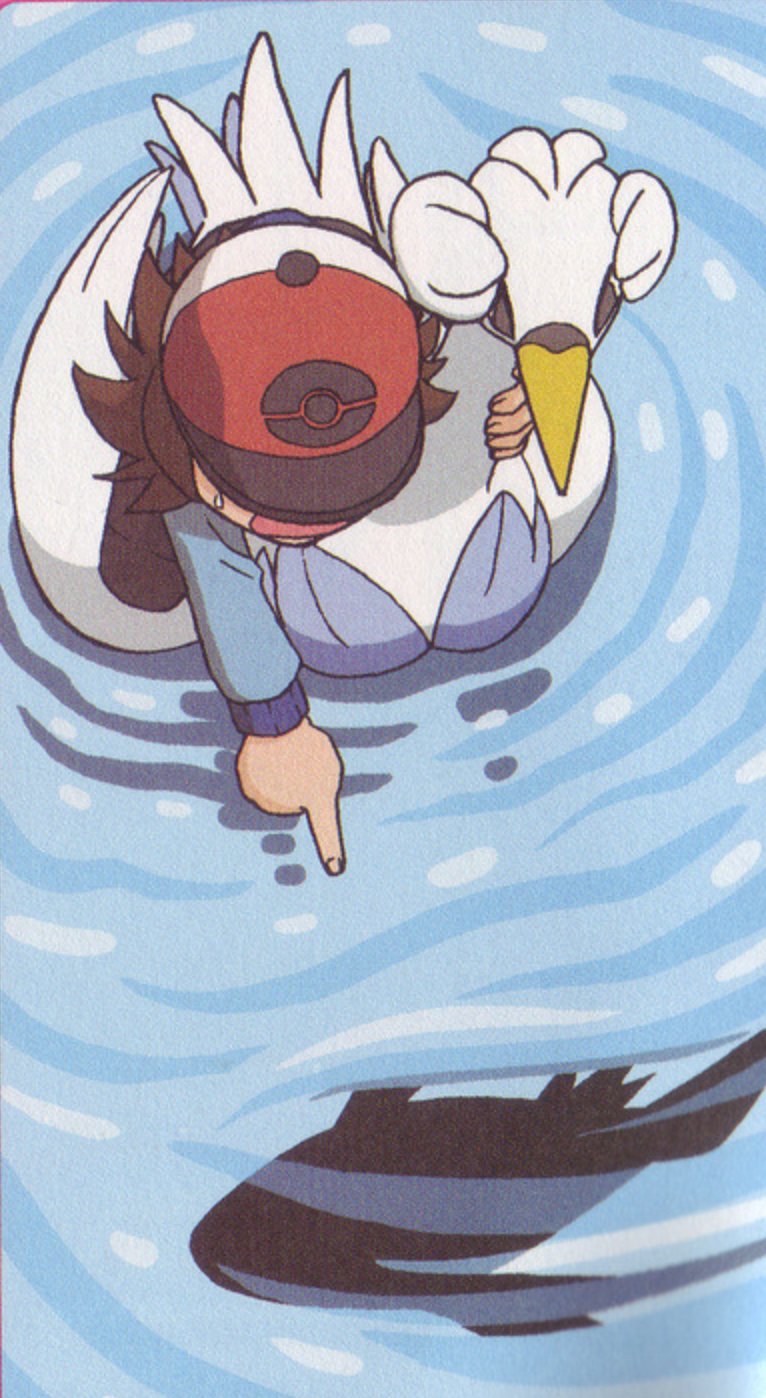 The branching, weaving route design also comes into play thanks to new mechanical additions to Black and White. Players can see this begin to blossom on Route 2. Particularly thorough players will be rewarded in Accumula Town by catching a glimpse of the route before them, knowing the general direction in which multiple items are hidden. The use of dynamic camera angles allows the player to see far ahead towards their destination. Other items peek through behind trees as you walk past. Routes 2 and onward make use of elevation and dynamic camera angles to add literal depth to the level design. Ledges and multiple “paths” continue to provide shortcuts, and offer opportunities for “early” exploration as discussed earlier—glancing ahead at upcoming routes can allow players the chance to catch some helpful new Pokémon or gain experience and money from new Trainers.

The new dark tall grass feature also adds an extra element to route complexity, as players are asked to make risk-versus-reward assessments. Will you cross through the dangerous dark grass in an attempt to see if there is anything hidden beyond, or will you avoid it and take the safer, quicker path? If your Pokémon are hurt and the only way to avoid the line of sight of a Trainer is to go through the dark tall grass, which runs the risk of encountering a high-level wild Pokémon or even wild double battle encounter, do you risk it? The same applies to the new rustling grass feature and related natural phenomena, in which you risk running into other wild Pokémon and must traipse around Trainers for the opportunity to face a more rare encounter. Again you must ask yourself, do you risk it, or ignore it and move on?

Black and White are also the first games ever to make TMs infinitely reusable. This massive change not only colossally impacts the way players can build their teams—even to this day—but also provides a tremendous incentive for exploring. Optional areas actually matter now as TMs are infinitely more valuable—literally. Even the “worst” ones can still be used in team experimentation and still have a role to fill in completing your TM “collection.” Is there really any reason to explore the lower levels of Johto’s Slowpoke Well when all that awaits you is a TM for Rain Dance that you can only use once and can later buy at the Celadon Department Store anyways? And the TM for Snore is far less of a hassle to get from the farmer on Route 39 than from Dark Cave, which requires you to have taught your team the HMs for both Flash and Surf. Some reward! Compare this to the likes of Wellspring Cave—players may not have itched at the opportunity to teach Low Sweep and Focus Blast in past games, but when TMs can be used infinitely, is there any harm in trying out some extra type coverage for the time being?

Black and White are also the first games ever to make TMs infinitely reusable.

Another way exploration is encouraged is through NPCs who will heal your Pokémon when spoken to—in the case of nurses, however, you must first defeat them in battle. These characters are actually brilliantly placed—their locations are just so that if you were to run back to the nearest Pokémon Center, there would be no encounters in your path. No tiles that house wild Pokémon, and any Trainers along the path are avoidable. Running back to town is purely a waste of time. These characters do not make the game any less challenging but instead act as a convenience to allow players more freedom to explore their surroundings. If in the midst of exploring the Desert Resort you backtrack and make your way to the nurse, you could similarly jet past and safely make your way to Nimbasa, or even Castelia, to heal—but what a chore that would be! The nurse can instead heal your party and allow you to jump right back into your expedition.

The only exceptions are in cave areas such as Chargestone Cave and Celestial Tower. These are justified due to the nature of caves, in which every tile can produce a wild Pokémon encounter—if you lack Repels, there is nothing fun about returning to the surface to heal, purchase more, and then having to trek back down into the depths for the sake of resuming your progress. There are also an intense number of strong Trainers in these areas—some of whom are part of Team Plasma, and in the case of Celestial Tower, most of whom utilize many dangerous status ailments—which compound the challenge of cave-based exploration. But even then, healers are entirely avoidable and will not challenge you to battle unless you speak to them—unlike any other Trainer outside, who initiates a battle when you cross their line of sight. Players hoping to make the game as challenging for themselves as possible and rely purely on their Potions and Full Heals can easily ignore them.

A perfect blend of HM usage, multi-faceted level design, and intelligently-placed conveniences total together to create a formula for fun adventure, one that is tailored to every individual who plays. There is no wrong way to explore Unova, and there is more than plenty to prospect.