On FanGameFriday, we’ll feature a Pokémon fan game created by our members on PokéCommunity! Today we enter the void in Super Pokémon Eevee Edition. 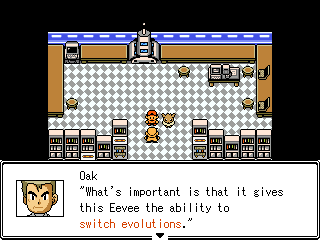 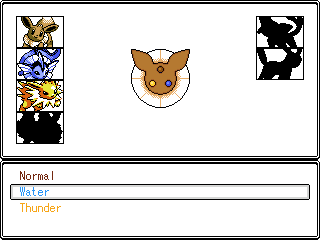 Super Pokémon Eevee Edition is a fan game in development by DarkDoom3000. It sets you back to adventure in the second generation once more, but in a very different way. You’ll play as Gold, partnered with your unique starter, an Eevee who can change evolutions at will, with the help of an item called Tetra Element. During the beginning, you’ll only be able to evolve between Vaporeon and Jolteon, but as the game progresses, you’ll be given more choices, such as Flareon and Espeon. These evolutions can be done in the middle of battle as well, opening doors to many new strategies. 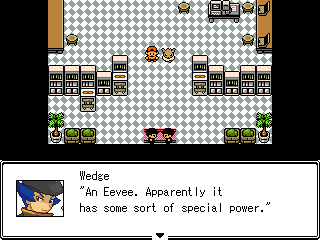 Team Rocket make their appearance as well, being up to no good as usual. They have their eyes set on your special Eevee, making several encounters throughout the game, but they don’t pose as the main antagonist anymore.

Unlike the turn-based that the official games and many fan games have, this game features the Active Time Battle System, which is familiar if you’ve played series like Final Fantasy before. Pokémon will attack you in real time, based on their speed stat. A fast Pokémon is capable of attacking consecutively if their speed stat is faster than the opponent’s. However, this doesn’t mean that slow Pokémon don’t have a chance. You’ll be able to equip certain items on your Pokémon to modify their stats. This can come in really handy.

Pokémon are no longer restricted to four moves, allowing them to learn new moves without needing to forget any other. Another major change is the four versus four Pokémon battles. Your team and your opponent’s will have all Pokémon fighting at the same time, regardless of one side having less Pokémon. With infinite move slots and four different Pokémon at once, battles can get a lot easier, and harder as well. 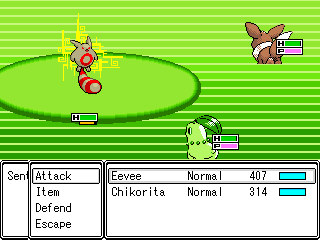 What’s more, you’ll find corrupted Pokémon in diverse locations, an exotic phenomenon of this world. Engaging with them will allow you to battle them, which allows you to add them to your party in their original forms once you win. There are no Poké Balls in this game, so finding and defeating these corrupted Pokémon are the only ways to get new Pokémon to join you, besides completing optional sidequests.

Super Pokémon Eevee Edition has yet much more great things to offer. It’s a really interesting fan game that breaks out of the norm. You can download its latest version on its own thread!

Edited by ddrox13 and Sheep.