A story of a different Alola 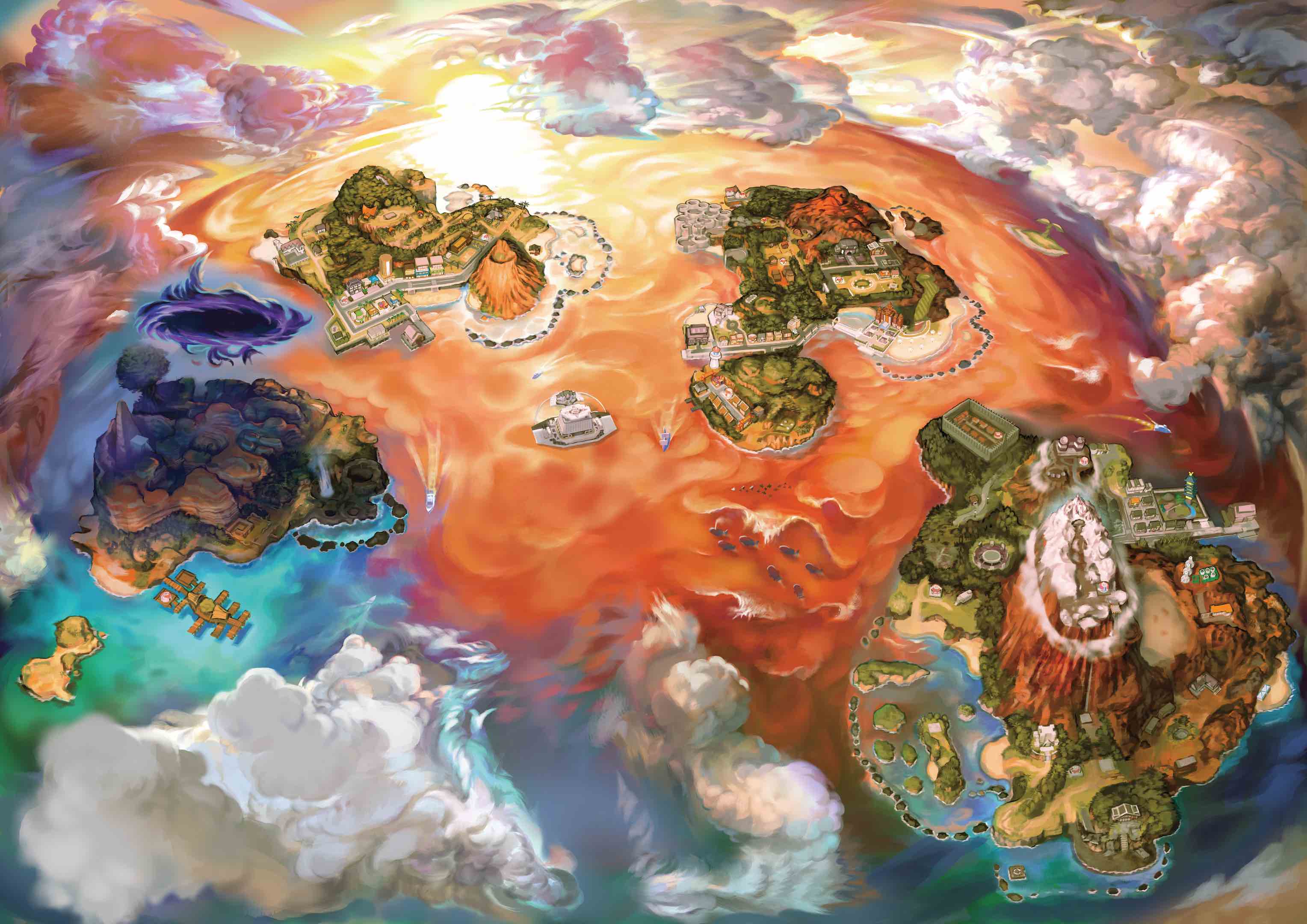 Pokémon Ultra Sun and Pokémon Ultra Moon start off fairly similarly to the games they’re based off — the primary campaign in this game is still trials, and they serve as a means for story progression once more. They are once again challenging, more so if you’re unprepared.

The trials themselves have had small changes that should keep the experience interesting and a little new. Like the previous “third games” before, the changes made in Ultra Sun and Ultra Moon involve different Pokémon and a couple of revamps to some of the trials, not unlike how Platinum and Emerald changed a few Gym puzzles and Trainers’ teams. There’s enough major and minor changes to keep players entertained, and even a new trial with a new Totem Pokémon who receives two boosts in every stat. Prepare to be challenged.

That said, if you aren’t a fan of trials in general, there’s probably little that Ultra Sun and Ultra Moon can do to make you enjoy them. For better or worse, trials are just how Alola works — and if you were bored of the Gym challenges from previous games, you’ll be able to really appreciate the trials here.

The story adds significant focus on Hau this time, adding certain moments that change his character for the better. As the story progresses, Hau begins to become less of the completely positive, carefree soul he starts off being (this development surely pleases Gladion) and his focus of the Island Challenge is put aside for his own personal challenges.

The game also puts focus once again on Lillie and the Aether Foundation. Nebby returns, too (get in the bag!) and is as adorable as ever. Lillie builds up a resolve much like in Sun and Moon, and her character develops much the same way.

The dynamic and motivations between Lillie and Lusamine have also changed in Ultra Sun and Ultra Moon. While we won’t say exactly how or what’s changed, it certainly gives these games a different feel from its predecessors. If you thought Lillie and the story of her troubles received too much focus in Sun and Moon, though, you may be happy to know she serves as less of the deuteragonist in this tale.

Other characters have received a little bit of extra focus as well — some of the Trial Captains make extra appearances, are more involved with the activities on their islands, and Mina receives focus on her own island and gets to run a trial! It’s almost a shame that some characters who also needed development have not, such as the Elite Four’s Kahili, who makes an extra appearance but otherwise is not at all involved with the story. 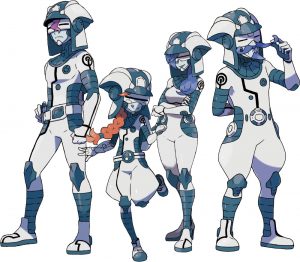 Despite the increased focus on some characters, Ultra Sun and Ultra Moon aren’t devoid of new characters either. The games introduce us to the Ultra Recon Squad, who are presented as enigmatic and out-of-this-world. The members you see depend on the game you play — Dulse and Zossie appear in Ultra Sun, and Soliera and Phyco in Ultra Moon. They eventually are seen with an Ultra Beast from their world, codenamed UB Adhesive.

The Ultra Recon Squad appears in certain scenes that also happened Sun and Moon, and their otherworldly, contrasting appearances and the comments they make in their scenes are the biggest hint that these games are different — and that something is amiss.

But the real star of this show is none other than Necrozma, whose need for power makes it the games’ antagonist. It all makes sense as the story progresses, but Necrozma really is played as a fearsome Pokémon, and its involvement in the story provides a neat twist as opposed to all the human-motivated enemies players will have encountered in previous Pokémon adventures. Its fusion into Dawn Wings Necrozma or Dusk Wings Necrozma, from Ultra Sun or Ultra Moon respectively, creates a fearsome opponent that you’ll receive several hints throughout the game as to exactly how. Necrozma’s involvement in everything, though, generally comes across as minor. While some of the evil teams and their bosses have sown seeds of discontent throughout past games, Necrozma doesn’t appear at all prior to its arc, and the build-up to this arc is pretty sparse. Fearsome as it is, you don’t really get the magnitude of exactly how fearsome it can be, and this feels like a bit of a waste of a good character. Things do pick up once Necrozma appears — and you’ll have to see exactly how.

A few Ultra Beasts also are involved in the story a little more, such as the aforementioned UB Adhesive, but Ultra Beasts ultimately aren’t part of this story, either — they’re involved in the story incidentally, much like they were in Sun and Moon. But what’s really cool about Ultra Sun and Ultra Moon is that they introduce new Pokémon in the same generation — something no Pokémon game has done to date. UB Adhesive, the partner Pokémon to the Ultra Recon Squad, is not a codename for any Pokémon that exists, but a brand-new Pokémon. Also dropping in to Alola via Ultra Wormholes are Ultra Beasts codenamed UB Assembly and UB Burst, exclusive to Ultra Sun and Ultra Moon respectively. These Pokémon cannot be traded into Sun and Moon, so you know they’re really special.

The other Ultra Beasts are as barely involved as they were in Sun and Moon, and will be encountered as part of the Ultra Warp Ride. Ultra Sun and Ultra Moon give you the opportunity to enter the Beasts’ worlds, where you can find out a little bit of their lore or finding charm in how their worlds are designed — with a shout-out to Guzzlord’s utterly fearsome world, too. But these ventures into their worlds are largely separate and the story makes little attempt to link them to the game itself.

The Ultra Wormholes opened up in the story allow an even greater threat to enter the Alola region, forming the game’s post-League adventure. The endgame’s “Episode RR” features Team Rainbow Rocket, a coalition of the evil team bosses from across the Pokémon games. Each of them — Archie, Maxie, Cyrus, Lysandre, Ghetsis and Giovanni — come from different worlds than the ones where the player characters have ended their reign. The quest will have you storm through Team Rocket’s Castle, filled with puzzles and Team Rocket’s predictably funny Grunts.

Compared to the endgame Ultra Beast episodes taking place in Sun and Moon, a lot of thought has been put into these episodes. Episode RR avoids feeling repetitive and gives a much grander sense of danger than the endgame quest in Sun and Moon. This arc not only makes you wonder about the worlds that the bosses have come from, but it gives several characters their moments in the limelight — particularly Guzma. Everyone seen in the episode has some kind of involvement — being involved behind the scenes, staying back as support, or even just there to be knocked down several pegs. The throwbacks and the fights with the bosses’ legendary Pokémon will be an absolute treat for past players, too. A bit of caution: if you haven’t played all the games from the previous generations, some lines said by the bosses in this quest won’t make too much sense. Still, if you haven’t battled the multiple legendary Pokémon the series is known for, here’s your chance.