Kalos and Hoenn are considered among the most gorgeous regions—people want to live there for the spectacular view alone!

One of my personal favorite places is Kalos’s Route 14. In this rainy, dreary, swampy route you can find an adorable little house in a clearing. Me, I love quaint little houses. But this house… just make sure you don’t enter it while it’s raining. The lights have a tendency to go out when it rains. And its… less pleasant residents show up. The headless ones.

…What do you mean, you don’t believe me? It’s true! Whatever, let’s talk Hoenn real estate, then. One of the most desirable—and most expensive—places to live is Mauville Hills. It’s an apartment complex located on Mauville City’s upper floors with an impeccable view of the city center down below. With the impressive replica Prism Tower, it’s like waking up in Kalos!

Interested? Let me tell you about who you can expect to find as your neighbors there. Let’s see… I’m sure if you’re a fan of Rotation Battles, ice cream, and Ribbons, you’ll be able to make quick friends with some of your new neighbors. Sounds exciting, doesn’t it? But! There are some characters… whom you should avoid.

Now, don’t let this discourage you. As you can likely tell, I’m quite a fan of Mauville Hills myself. But it’s important to always be aware of your surroundings. The less offensive of your neighbors is… how should I call him… a frightened man. You won’t need to worry about him too much, though; I hear he never leaves his house. He tends to not pay rent on time, though, so sometimes that can cause a ruckus. Just don’t get involved—you’ll be fine.

Anyone else? Well, there are some… men. Now child, I’m telling you this because I care: don’t be fooled by them. They claim they have “powers,” and that they’ll share these “powers” with you and—and the world. There’s something off about these men, and I highly recommend staying away. Their power, yes, it may be great, but at what cost? I’m certain of it: get involved, and they’ll want you to find someone to be their next host. It could be a trick, so just… stay away.

Anyone else? No, I don’t think so. Interested in moving in? Well, have I got good news for you! There’s a vacant apartment right now! Just picture yourself: the newest resident of Apartment 16 in Mauville Hills! Fantastic, no? Hm? Worried you can’t afford it? I’ve been told there’s a deal on the lease, actually. It’s a great time to move in. Why is there a deal on the lease? You know, I’m not sure. I’m sure you can ask the tenant through the intercom the next time you stop for a visit.

…Oh, I’m sorry! Did I say there was someone living in that vacant apartment? Ah ha ha… Silly me.

A Day Off From Work

While we’re on the subject of Mauville City, have you ever heard of Greater Mauville Holdings? It is the company—well, was a company—that was involved in numerous projects. The main, and only successful one, was the redevelopment of Mauville City. Can you believe that it wasn’t always an indoor complex? Other projects involved… ah yes, New Mauville. You know, that power plant. It was supposed to be built into its own city, but Pokémon started living there, and that was kind of awkward, so… That plan didn’t work.

Their final Mauville-named project was Sea Mauville. Yes, that decrepit sinking ship near Route 108. It was originally built to help extract resources from deep under the sea, but since their other projects were failing, the company shut down Sea Mauville as well. But… it was really for the best.

It wasn’t a very friendly place to its workers. The company’s mantras were honestly horrifying.

LAY YOUR LIFE ON THE LINE IN SAFETY CHECKS.

I can’t imagine anyone enjoying their time there. Surely their family life suffered as well…

Professor Cozmo, the meteorologist, his father worked on Sea Mauville. But I heard despite maintaining good relations with his son, his relationship with his wife faltered…

WORSHIP AND PRAISE THE FOUNDER.

DON’T EXPECT TIME OFF BEFORE YOU RETIRE.

That is always so sad, isn’t it? A family torn apart due to work.

MAINTAIN TOP QUALITY. GIVE UP YOUR SANITY.

There were other people involved in this affair. Captain Stern, yes, you’ve heard of him. He was a part of the project… and the Gym Leader Wattson, as well. Stern’s involvement was a bit of a mystery, but it’s said whatever he did wasn’t very… savory. When Sea Mauville’s closure was announced, he offered jobs to those in a similar position to him at what would become his new shipyard. Wattson, the jolly fellow, is said to have done some sort of sabotage to force the shutting down of Sea Mauville and even New Mauville! Perhaps because it went against his philosophy of protecting Pokémon and their habitats. We’ll never really know for sure, now will we? There’s certainly something unsettling about a decrepit old ship adrift at sea whose origins are shrouded in a fog of overworked, brainwashed employees for the sake of shady, mysterious corporation benefit.

But there was also a bit of the supernatural involved, as well. The story goes that the Oreburgh Mine, all the way in the Sinnoh region, donated something to Sea Mauville. No one quite knows why it was donated, either.

The Odd Keystone. Nothing good comes from it. There is one, but there are also many. Cursed, all of them, I say. The father of Professor Cozmo is said to have lost it, but I’m certain you can still find it there. Cursed items like that just don’t stay gone forever. I’ll tell you this, child: once you find an Odd Keystone, you can’t escape. …Maybe Cozmo’s old man didn’t lose it after all—maybe he was trying to get rid of it. 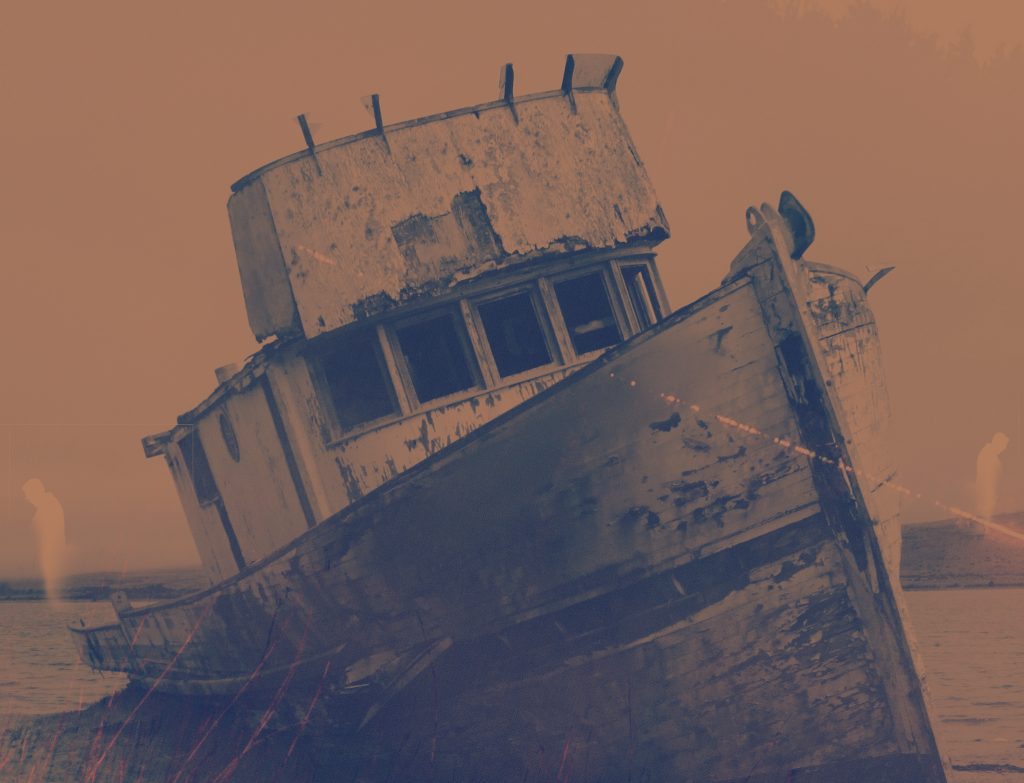