Update 8:00 PM January 26, 2018: Happy Crystal release day! This article is speculation on what ended up being a delayed release. The game was since announced for release and we’ve extensively covered on the Mobile System GB which we’d described in this article. Sadly, the Mobile System GB didn’t end up in the eShop releases, but it doesn’t hurt to dream.

Update 1:20 AM September 22, 2017: Happy Pokémon Gold/Silver release day! You may still be wondering about Crystal’s absence, and this article has been updated to reflect some news regarding that. Read on to learn more!

The latest Pokémon Direct dropped quite a few bombshells today — a long trailer for Pokkén Tournament DX, a short reveal for Pokémon Ultra Sun and Ultra Moon, and a sweet announcement about the release of Pokémon Gold and Silver on the Nintendo 3DS Virtual Console. Yes, you read that right — two entries from the second generation of Pokémon games, Pokémon Gold and Pokémon Silver are being released on the 3DS Virtual Console. But while the last time we got eShop releases of Pokémon games, we received the entire set in the generation (Japan also getting Pokémon Green), this time a certain game in the same second generation of games is mysteriously absent. 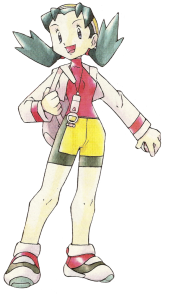 That’s right — we’re talking about Pokémon Crystal, the third game of the second-gen Pokémon games. Pokémon Crystal is an enhanced retelling of Pokémon Gold and Silver’s story, adding a whole bunch of neat plot additions including a heavy emphasis on Suicune and its fellow legendary beasts, and expanded on sub-quests like the Unown at the Ruins of Alph. The games made some really nice graphical changes, too, such as battle animations when a Pokémon entered battle, changes to the appearances of Pokémon to better match their artwork, and making Ice Path look like an actual ice path.

Crystal also added new features such as the ability to play as a girl, a CPU-controlled competitive battle facility in the form of the very first Battle Tower, as well as quality-of-life features such as having the location pop up on the screen (a staple feature in the games released since!) or having Kurt use multiple Apricorns to make multiple Poké Balls in a single day.

The list of features Pokémon Crystal added may seem minor — small story additions and a handful of new features, right? As it turns out, the international releases of the game cut out a particularly important communication feature from Crystal — its support for the Mobile System GB.

The Mobile System GB was an online system that used mobile phones to connect to Nintendo’s servers and communicate with other players. Using a cable called the Mobile Adapter GB, Japanese players could connect their Game Boy Color to your mobile phone, tethering a dialup connection between the devices to dial in to Nintendo or other players.

In a way, you could say this paid service is the precursor to the Nintendo Wi-Fi Connection. With Pokémon Crystal, you could use it to connect to other players and battle or trade Pokémon, or access the Pokémon Communication Center (shortened to PokéCom Center) to find out about other players’ progress. The sorts of things you could do are not dissimilar to the Wi-Fi features Pokémon Diamond and Pearl introduced users to. Sadly, both the Mobile System GB and the Nintendo Wi-Fi Connection are no more — the former closed down in December 2002.

Given how much of a tentpole feature the Mobile System GB was in Japan, it’s not outside the realm of possibility to suggest that — even if it may be a gargantuan effort — Nintendo and GameFreak are working towards making Crystal’s features work on the 3DS’s Nintendo Network. Putting these features in would serve to enable Crystal to have the same kind of communication features it had at launch — imagine going online and trading Pokémon online in such a classic Pokémon title? Let’s hope if this is what they’re doing, it gets ported to the international games, too.

On the other hand, it’s also entirely possible that Crystal isn’t seeing a re-release simply because Japan would then be getting a feature-incomplete release on Virtual Console. Maybe it wouldn’t be so fair to release a gimped game to Japanese audiences, and thus, why release it at all?

Putting Gold and Silver in the limelight

Pokémon Gold and Pokémon Silver were revolutionary Pokémon games for their time. They superbly brought the world of Pokémon into a world of color, created a compelling storyline with characters that felt more lively than they did in the first generation, introduced a hundred brand-new Pokémon and pre-evolutions, and added important mechanics involving breeding or battling that set the standard for future games to come.

Given the significance of the games, it’s quite possible that Pokémon Crystal is simply having its release delayed so would-be purchasers focus on buying one (or both) of these phenomenal titles.

When the 2017 update to Pokémon Bank was released, it allowed Pokémon to be transferred from the Virtual Console editions of Red, Green, Blue and Yellow. When Pokémon were transferred, the icon to denote the generation a Pokémon was caught on was set to a Game Boy icon:

Perhaps as they intended to customize the icon, one of the bytes of the Pokémon’s data and determine the icon uses a unique code for each game — one for Red, one for Green, one for Blue and one for Yellow. Sun, Moon and Pokémon Bank, however, also reserved another three bytes, also using the Game Boy icon, that users predicted would be used for the second generation. It’s a safe assumption that the first two will be used for Gold and Silver, but it’s pretty likely the third will be used for Crystal. Here’s hoping it one day gets used, with say, a Virtual Console release?

Will we get Crystal in the end?

Pokémon Crystal is certainly a significant Pokémon game. It introduces a wide variety of cool features, including what was once a super-cool, albeit now archaic, way of connecting over the mobile network with other players. But even if you set the Mobile System GB aside, there’s a cool amount of plot and small, quality changes that make Pokémon Crystal more of a complete experience, and we hope we’ll see it come out some time soon.

Update 1:20 AM September 22, 2017: patches used to allow Virtual Console to work with Crystal have been found in the app code for the Virtual Console versions of Gold and Silver, suggesting that the release of Crystal is imminent:

Perhaps it’s that it would share the limelight with two other significant Pokémon titles. Perhaps the icons mean something. Only time will tell, but let’s look forward to it happening… eventually!