Most people are aware that a skateboard was planned to be implemented in the second-generation games, Gold and Silver Versions. Those who have played said games are certainly aware that there is no such item available. This fact in and of itself is not major—after all, video games undergo much revision, and there are plenty of features that do not make it past the cutting-room floor. Still, it is human nature to want to know what has become of these unused aspects, especially for one that has gained a notoriety akin to an urban legend. Where did the skateboard come from, and where did it go? Hang up the phone with Youngster Joey and prepare to go all the way back to when Pokémon pre-releases were much, much different.

Pocket Monsters 2: Gold and Silver were first announced in 1997, but were released in Japan two years later in 1999, offering a lot of time for revealed features to be changed or even removed—including, but not limited to, entire Pokémon designs and even the games’ own titles.

After the initial minor information reveal, 1997 came and went, as did 1998. Of the things that were announced in that time, all we got pertaining to the skateboard was a magazine scan (below) and a small blurb from the original Japanese webpage (archived here). The website claims that the skateboard would be included “in addition to the bicycle,” and it “may even allow players to reach unexpected locations in the world of Pokémon 2.”

In March, the games’ delay was formally announced. Nearly a year later, with no news whatsoever, the renamed Pocket Monsters: Gold and Silver (they are still considered sequels even without the “2,” thank you very much) were given a release date of June 1999. By this time, most things were finalized, with Pokémon designs being cemented in stone, and screenshots being almost completely accurate to the final release.

But there was something missing. Between the battle screenshots and Slowking reveals, the skateboard was nowhere to be seen. So what exactly happened between the reveal of the skateboard and the final release of the game? We can deduce the answer through code that remains in the games.

The people over at GlitterBerri.com (a website which has been offline for some time now) managed to find the leftover code for the skateboard item remaining in the ROM of Gold and Silver. There are no graphics yet assigned to the item, so when it is used the player appears as if they are walking.

When used, the player moves in a single direction until stopped by something, such as a person or a wall, or even jumpable ledges. This is an interesting point because it was believed that the skateboard would allow players to jump over ledges, although the official source of this is unconfirmed. Featured below is a video by GlitterBerri.com of the player moving with the skateboard mechanics.

When a player steps on ice, they continue forward without stopping until they hit a wall or object of some sort. These form the basis of the puzzles the player needs to get through in the Ice Path, the first time the series has ever seen ice tiles at all.

So which came first, the skateboard or the ice? Again we can find the answer in the leftover beta code.

In the long development delay period, Gold and Silver really did see major changes, and not just what we were shown in the pre-release: the region of Johto itself saw a fairly major overhaul. Many cities had different layouts, and the Lake of Rage was even meant to be a city with its own Gym! But what does this have to do with the skateboard? Below we can see a comparison of the beta and final Blackthorn City.

There are a lot of things happening here. Where is the water, and the cave entrance leading to the Dragon’s Den? What is that tower for? These are all good questions, some that we can only really guess the answers to. But what we really need to be asking ourselves is: where is the entrance to the Ice Path? Not only is there no cave entrance, but there is no beta information pertaining to the Ice Path at all in the games’ code.

With this information in mind, it is safe to hypothesize that the skateboard item was cut for any number of reasons, but in the process of reworking the Johto region design, it was decided to keep the mechanics they already had (lack of new sprites and all) and implement it as ice mechanics. All that is left is for us to guess as to why the skateboard was cut, but in reality there could be any number of reasons: perhaps they felt players would not willingly use an item that granted them such little control? Or perhaps they were unable to find a way for it to allow players to reach new areas without breaking the game balance?

Whatever the reason, the skateboard remains unfeatured in the Pokémon main-series games, with only ice puzzles returning in every game since (save for Sun and Moon) to remind us of what could have been. Even X and Y added skates for the protagonists to use, but no sign of a skateboard. Our only other remainder of the skateboard exists outside of the main series, in the popular manga series Pokémon Adventures, in which Pokédex holder Gold is the only main character thus far to own a skateboard. 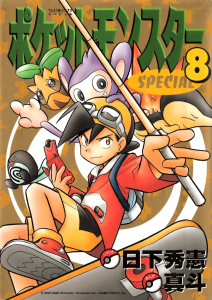