In the upcoming Pokémon Sun and Moon anime, two familiar characters will make their appearance! Telubi-kun Magazine shows us that Episodes 42 and 43 will introduce us to Ash’s first-series companions Brock and Misty! Not only will Ash will make a return to Kanto and meet them, but he will also battle them. Misty has a Mega Gyarados and Brock has a Mega Steelix! 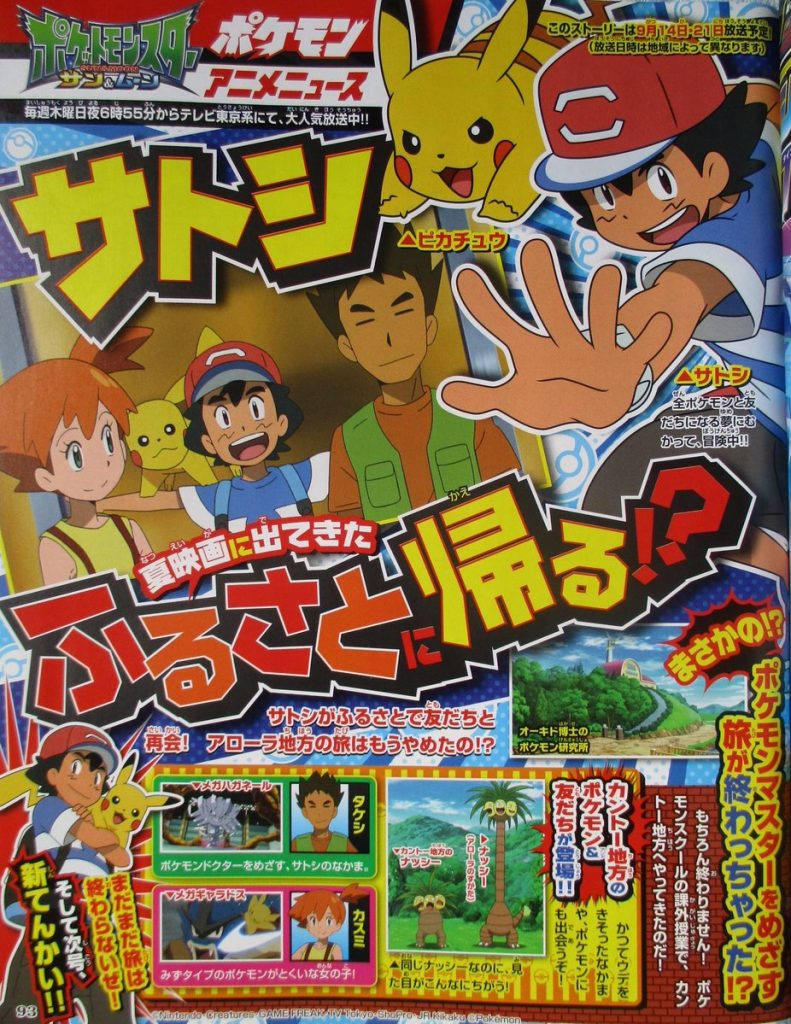 It’s been a while since we’ve seen these two – are you excited for their brief return?