The Pokémon Ultra Sun and Ultra Moon website has updated with new information and art. Trailers have released in English and Japanese as well, teasing new information to come soon. An updated map of Alola, new Z-Moves and more on Dusk Form Lycanroc features today. Read on for our full breakdown!

New areas have been spotted on the latest map of Alola. 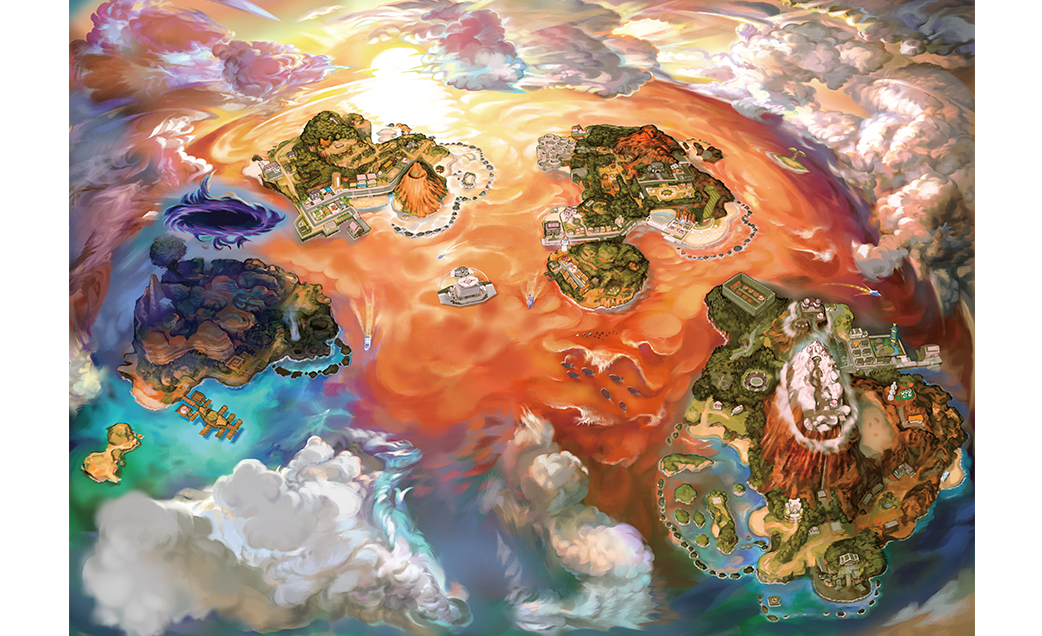 Among the features, the dark purple cloud on Poni Island appears the most interesting addition. It is fair to speculate it is a portal to the Ultra Dimension. It was pointed out by the official Twitter account to boot!

There are new buildings and landscapes in Alola—but that’s not all. Dark clouds are looming in… What does this mean? #PokemonUltraSunMoon pic.twitter.com/QJ123Zlixv

Hau’oli has been updated, and a new sandy island can be seen to the north of Melemele (Kala’e Bay). New buildings are seen in Heahea, Konikoni and Royal Avenue (previously empty spaces in Pokémon Sun and Moon), and a beach has appeared behind Heahea Hotel.

The lake around the Sunne/Moone areas is also dried out in the updated map. It was full of water in Pokémon Sun and Moon.

New designs for the playable characters have been revealed! But do they also hail from Kanto like in Pokémon Sun and Moon? 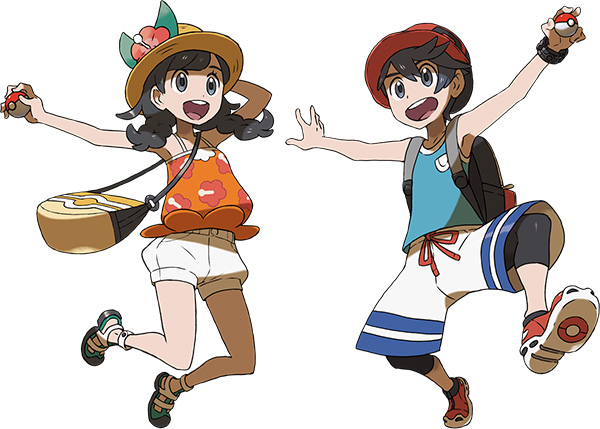 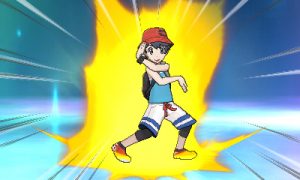 A new Z-Power Ring has been announced, which allows the player to perform more Z-Moves. This also means that new Z-Moves will feature for specific Pokémon.

A Z-Power Ring toy will also be released! 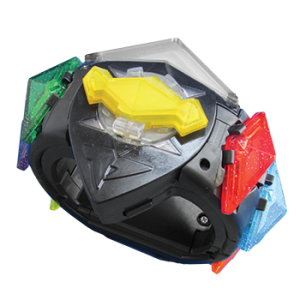 In Pokémon Ultra Sun and Pokémon Ultra Moon, a story unfolds on a grand scale, with the Legendary Pokémon Solgaleo, Lunala, and Necrozma at its center. Secrets about Necrozma and the Alola region—undisclosed in the previous games—will come to light. 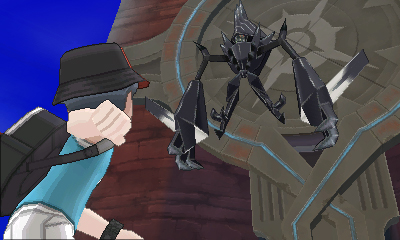 Ryuki, a travelling challenger in Pokémon Sun and Moon, returns to the new games. He appears to have a larger role now. The room he is standing in looks a lot like Vermillion City Gym given the neat arrangement of bins – we’re not saying this is Kanto, but it’s certainly suspicious! It could simply be a reference; clearly we need more information. 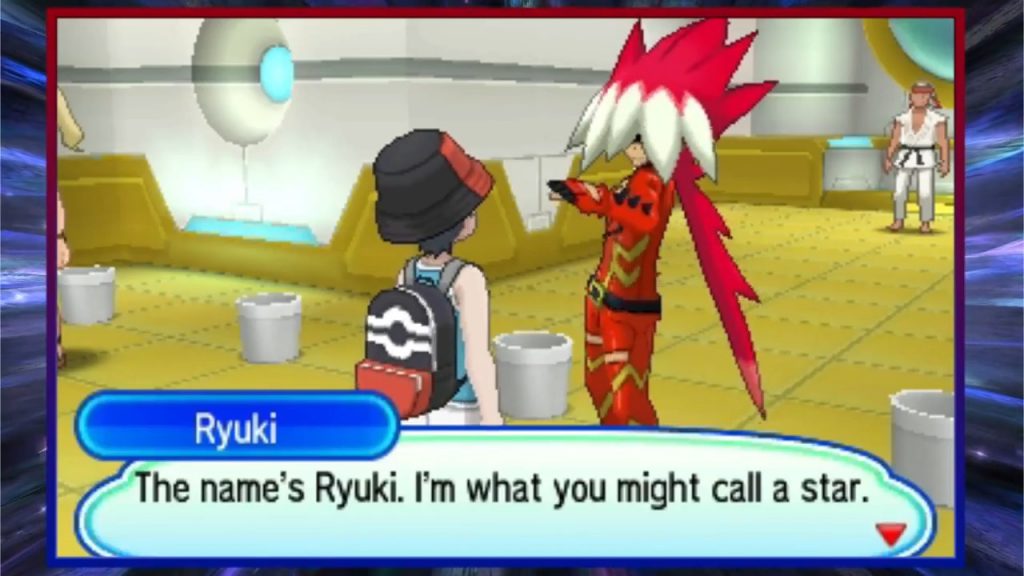 Kahali, a member of the Elite Four, has also shown for a brief moment in the trailer. It was speculated that she was to have had a larger role in the previous games; maybe she too will feature more and, perhaps, get her own trial? She is striking a pose not unlike the other Z-Moves seen performed by Trial Leaders in Alola… 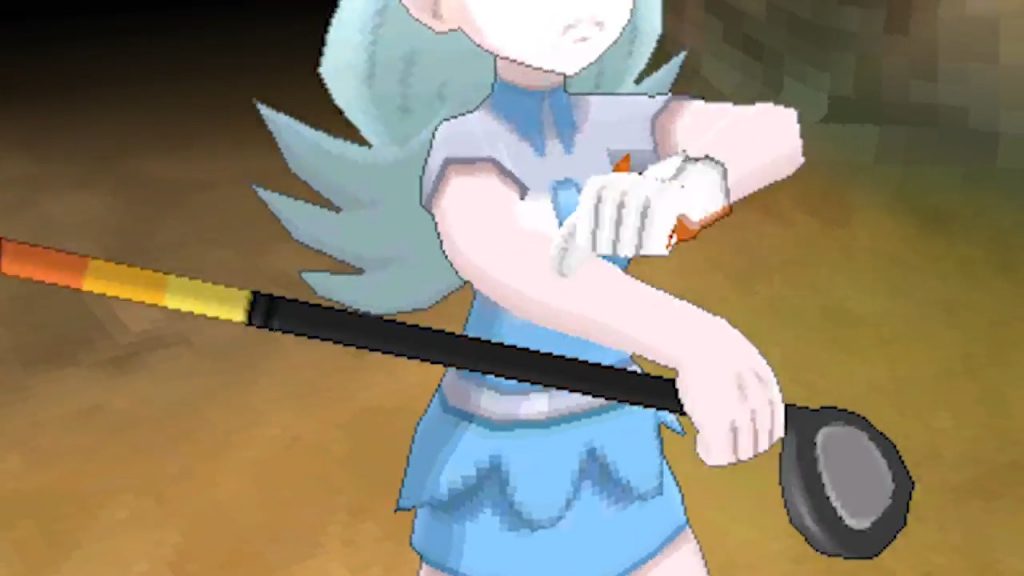 Other new features and observations

A Rockruff follows you around in one of the early Routes of the game, although given the lack of this in any other parts of the trailers we don’t feel it’s confirmation of a “following” feature returning from Pokémon Heart Gold and Soul Silver. Roadblocks return as well, which is a less cute aspect of Alola.

The Starter Pokémon return (Professor Kukui again asks which one you want to pick). They also have new art! 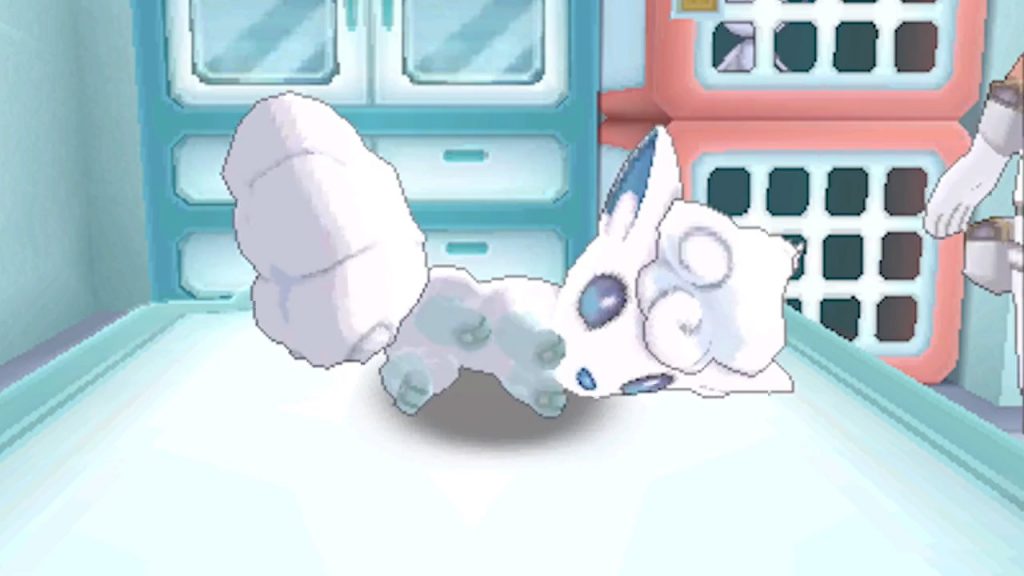 What did you like the most of this new info? Has it gotten you excited about the upcoming Pokémon Ultra Sun and Ultra Moon games?