Following CoroCoro, the official Pokémon Movie website has confirmed a new distribution event. The mythical Pokémon Marshadow is being planned to be distributed in Japan to go along with the new movie “Pokémon I Choose you”.

The Marshadow will be level 50 with a moveset consisting of Spectral Thief, Close Combat, Force Palm, and Shadow Ball. It will also be holding a Marshadium Z Z-Crystal. As of right now, there have been no international release dates announced. 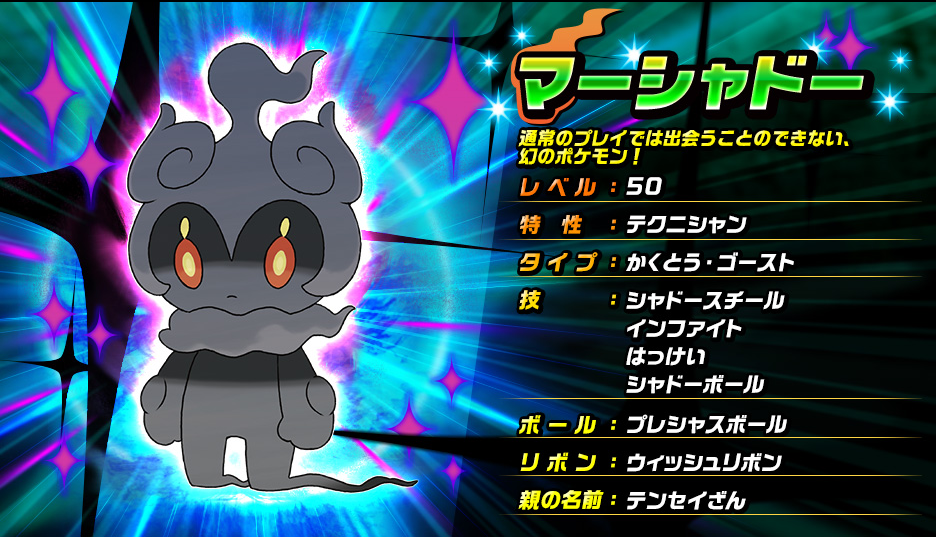 Do you plan on obtaining this Pokémon once it’s released?