Have you ever wondered about what it would be like if the Pokémon universe had a war, in which Pokémon were used as weapons of mass destruction? A group of artists looks to find the answer to this.

Combing Pokémon with metal, Frame Wars – an art collective and fan project – has created a Pokémon-weapon hybrid that looks like it would be a sequel to the Zoids show, if one existed. Placed in the Neo Terra Universe (created by Frame Wars), these “hybrids” exist because of a metallic substance called Terranium. Terranium impacts the Earth in a cataclysmic event called the Cosmic Spore, that alters the magnetic fields and surface structure of the planet. As a result, these Pokémon-weapon hybrids combat men for sole territorial possession of the planet.

Here are some examples of the artist’s work: 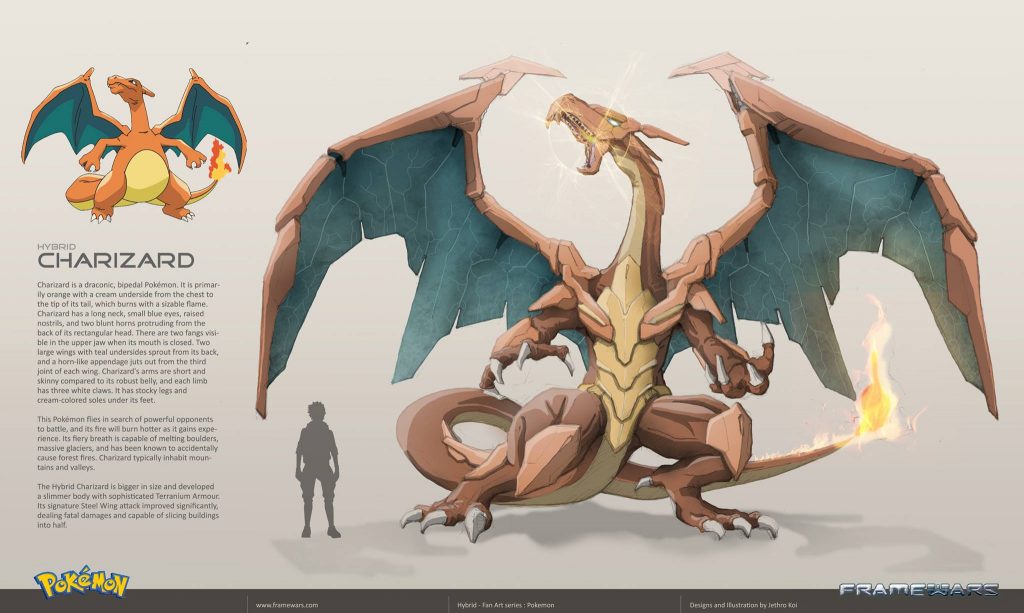 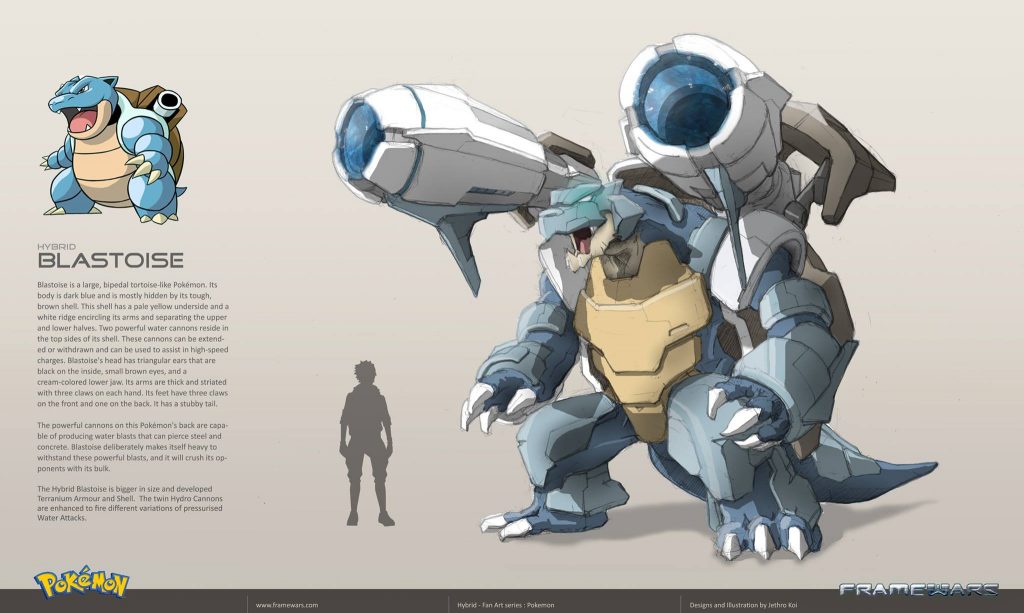 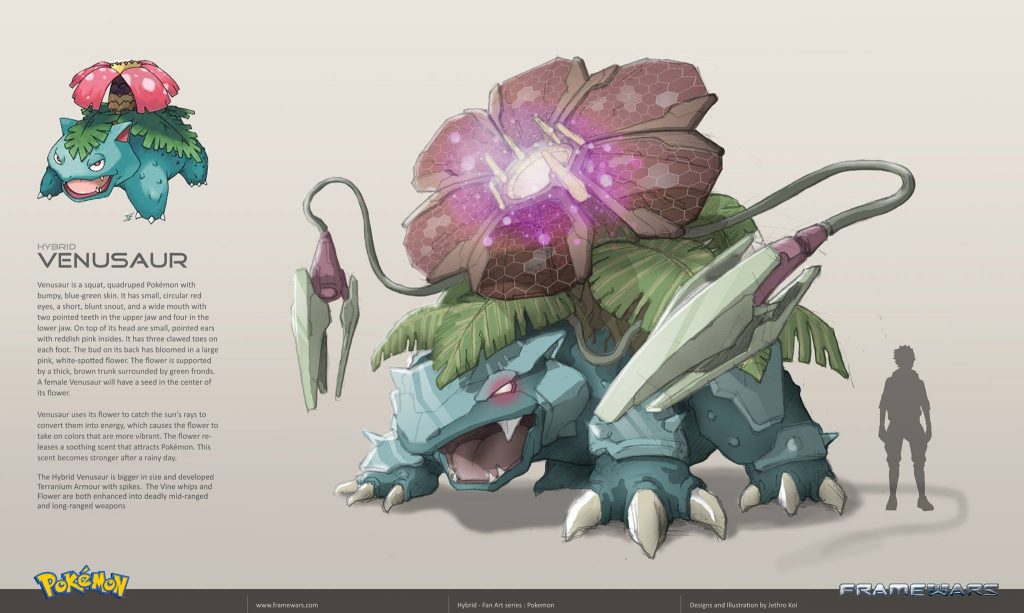 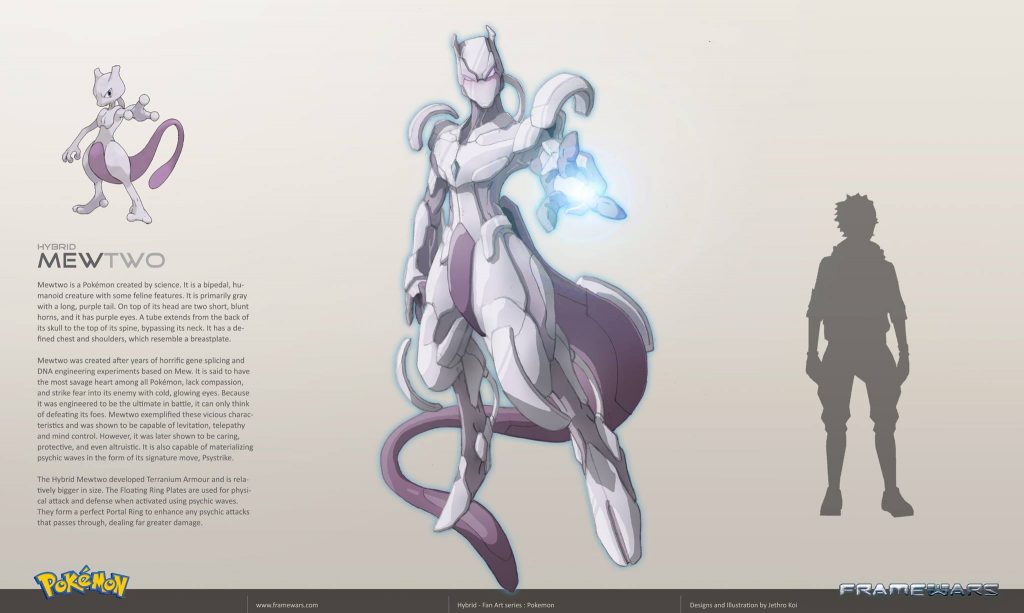 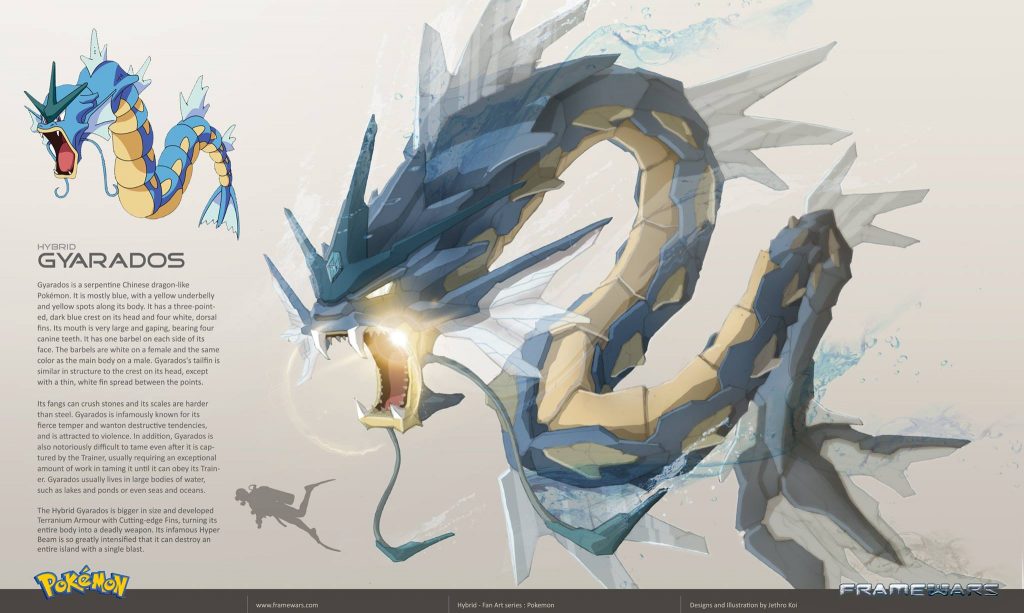 As Frame Wars describes these Hybrids:

Hybrids are Terranium infested animals. After the Cataclysm, the initial Hybrids possessed Terranium body parts at random, however as time passed, they are refined over the natural selection process into a more standardized and distinguishable species.  Hybrids consists of various size and aggresive levels, just as how the original animal kingdom was. However, over time, the Terranium manifestation has evolved them to grow sophisticated abilities, weaponary and armour platings. Just as humans dominated all animals in the Old Earth through weapons and technology, the hybrids are now equipped with their own, and is no longer easily subjugated. Hybrids now walked Neo Terra not as animals ready to be hunted but as predators armed with powerful weaponary.

Which Pokémon Hybrid is your favorite? Let us know through your comments.