In today’s trailers, the mid-stage forms of the Sun and Moon starters were revealed. Starter evolutions are always popular subjects. Here we explore what we learn about these middle forms, and briefly speculate what they could evolve into.

Firstly, as a recap on what we know about the base forms – Rowlet, Litten and Popplio – check out the article below:

The Sun and Moon Starters: A Closer Look into our New Pokémon 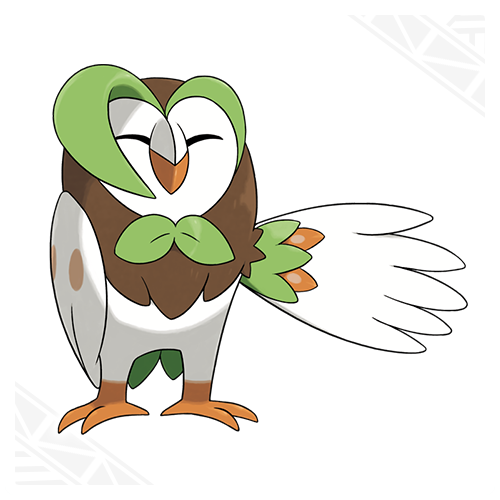 Rowlet’s evolution in Dartrix retains its Grass/Flying typing. From the official website, we learn the following:

The detail about it shooting feathers suggests at a projectile-based Pokémon – maybe even an archer archetype. Where it goes in its final evolution in terms of appearance is anyone’s guess however. 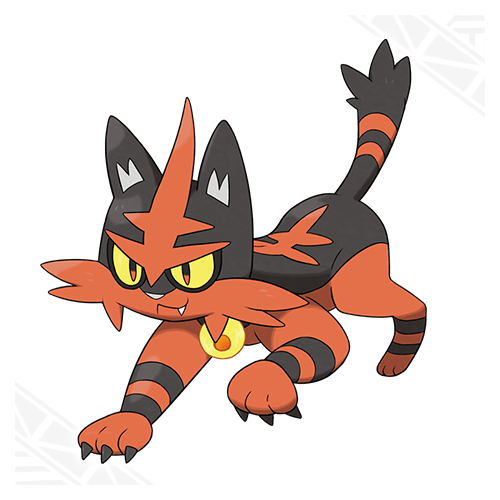 Torracat remains a pure Fire type. In terms of background information, we learn:

To speculate, a strong punching ability may suggest to some that it could gain some Fighting prowess upon evolving again. That would also fit in with the description about it loving to fight relentlessly and those larger claws. The flame sac it has certainly sounds key to it. 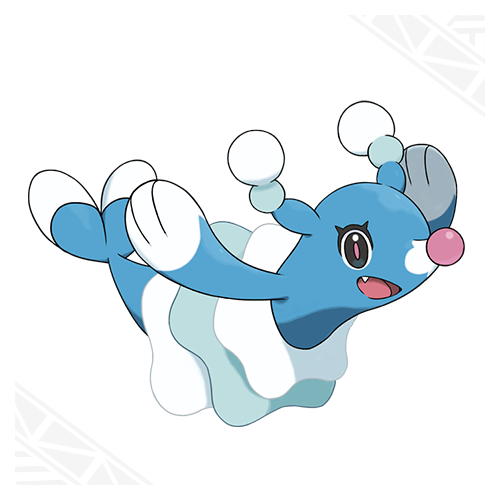 Brionne also retains the base form’s typing in Water. We learn about the Pop Star Pokémon:

Brionne joins the likes of Ludicolo and Kirlia as Pokémon who like to dance. We don’t learn too much on what it could possibly evolve into from this information (ignoring supposed leaks, that is). It certainly keeps up with the performer theme at any rate – just now a ‘pop star’ or diva rather than a circus performer.

It’s a given that people are typically most interested in the final stage evolution, not the middle one. So what could we expect? Here we speculate on what else we know.

One key point is that we know that the Starters have a secret, based on the June edition of CoroCoro. That same edition said that Rockruff (then known to us only by Iwanko, its Japanese name) had a secret too (not necessarily the same as the Starters’ secret). We can assume that secret is its Version-exclusive evolution. But we don’t have any secrets revealed about the starters yet. Could it have something to do with its final stage evolution?

It’s hard to go anywhere without seeing mention of the so-called ‘Chinese Leaks’ for Sun and Moon. These are yet to be fully verified, but so far they have predicted a lot of the releases – including the likes of a Rugby monkey, sea cucumber and the werewolf Rockruff evolution before they were officially revealed.

These leaks mentioned that the final forms of the Starters have an archer, wrestler and siren theme, for Rowlet, Litten and Popplio respectively. This matches with a separate leak showing designs of the final evolutions – there’s a picture below comparing the middle stage evolutions with these supposed forms. Again, these are yet to be confirmed. 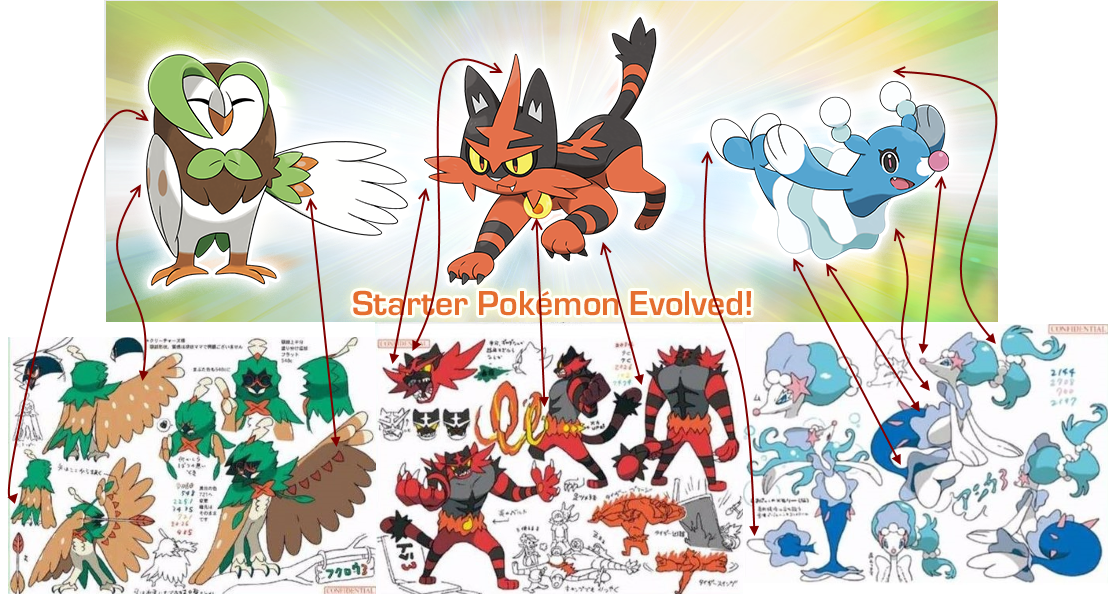 Granted, all leaks should be treated with suspicion, and they don’t tell the full story. Consider that we have two forms for Lycanroc – the leak only mentioned the one. Meanwhile, these forms don’t fit with the supposed ‘secret’ the Starter Pokémon have (something an official source told us about). There’s more we are yet to know.

What do you think of the mid-stage evolutions for the starters? Did your opinion change on which one you would start off with in Sun and Moon? And what are your thoughts on the leaks – do you feel they are real?