We have a new Pokémon revealed today for Pokémon Sun and Moon in an official trailer – Turtonator, a Fire/Dragon type.

Check out Turtonator’s official art in high quality below as well:

The official Pokémon Sun and Moon website gives us the following information:

Because Turtonator lives on volcanoes, feeding on sulfur and other materials found near volcanic craters, its shell has a layer of explosive material—mostly sulfur. When something strikes this Pokémon, sparks fly from the horns on its shell, igniting an explosion!

In areas around volcanic craters, this Pokémon camouflages itself as a rock and waits for prey. At the moment when its prey steps onto the back of its shell, Turtonator strikes its shell with its own tail, triggering an explosion!

The explosive blasts triggered from Turtonator’s back are released through an orifice located on the middle front of the Pokémon’s body. This is Turtonator’s weak point. Attacks landing on its stomach will cause it a great deal of damage.

Shell Trap is a move that only Turtonator is able to learn. With this move, the Pokémon can set a trap at the beginning of the turn, and if Turtonator is hit by an opponent’s physical attack during that turn, Shell Trap triggers an explosion that will deal much greater damage to the opponent.

Shell Trap sounds like an intriguing attack, and will likely prompt shouts of “it’s a trap!” when used.

It appears to be based on the Mata mata turtle, a freshwater turtle in South America. 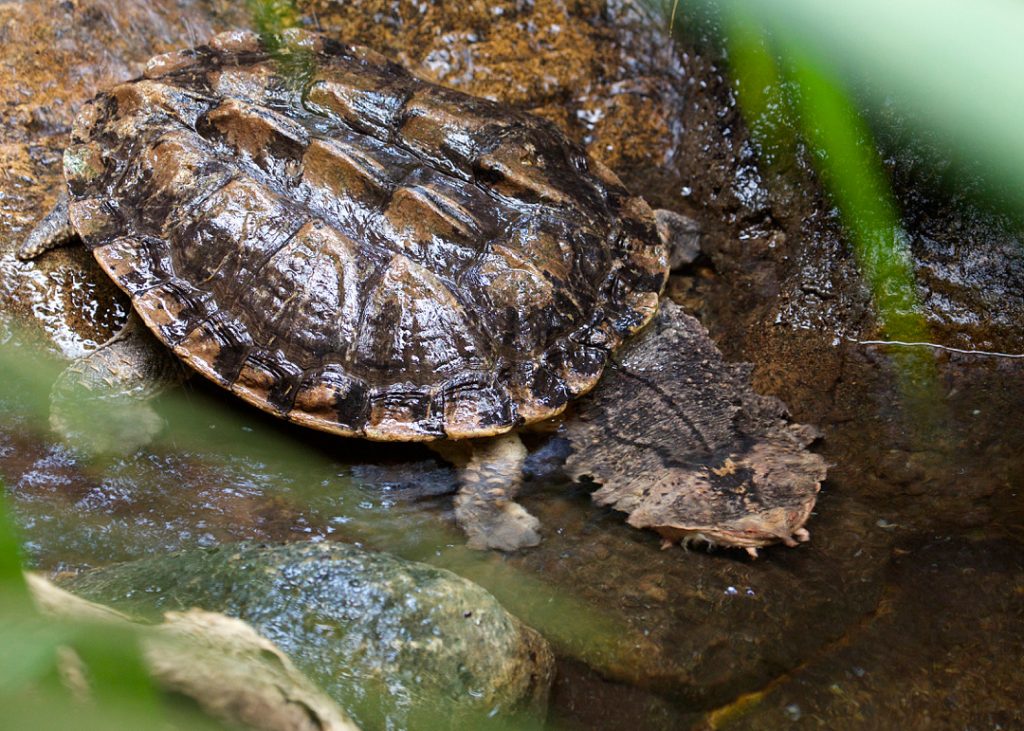 “If my head’s underwater, they can’t see me!”

What do you think of Turtonator?