Scans of this month’s CoroCoro magazine has revealed new Pokémon. We also have information on the movie, a serial code for Magearna in the Sun and Moon games, and the Greninja distribution event for the movie following its Election victory. 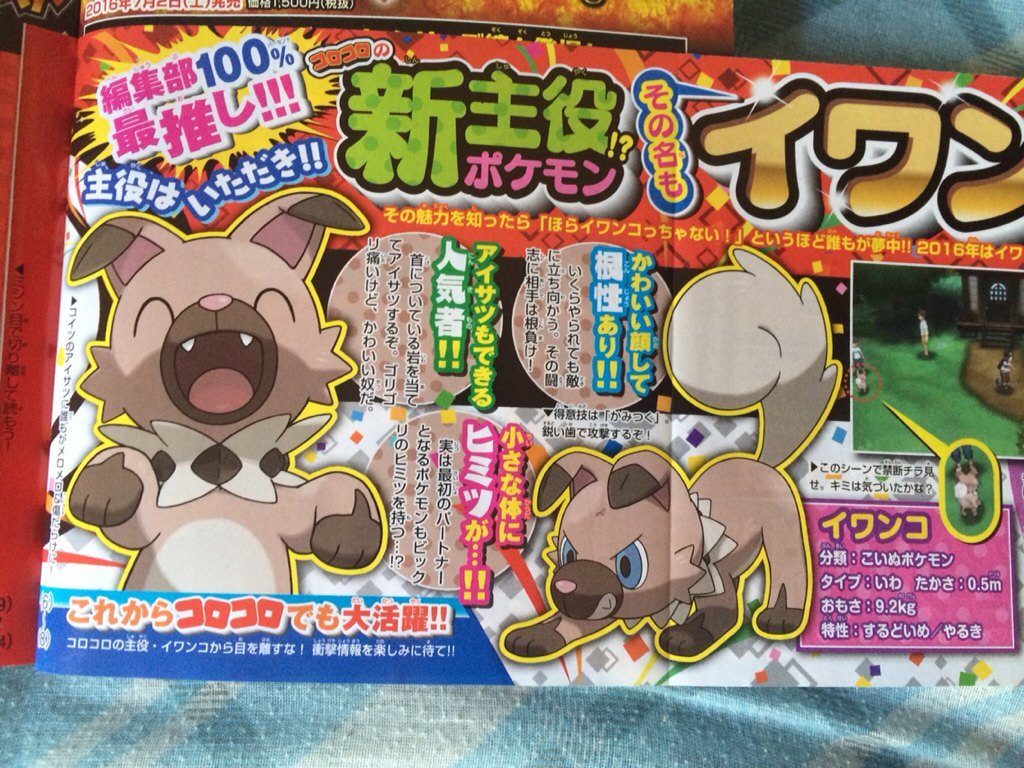 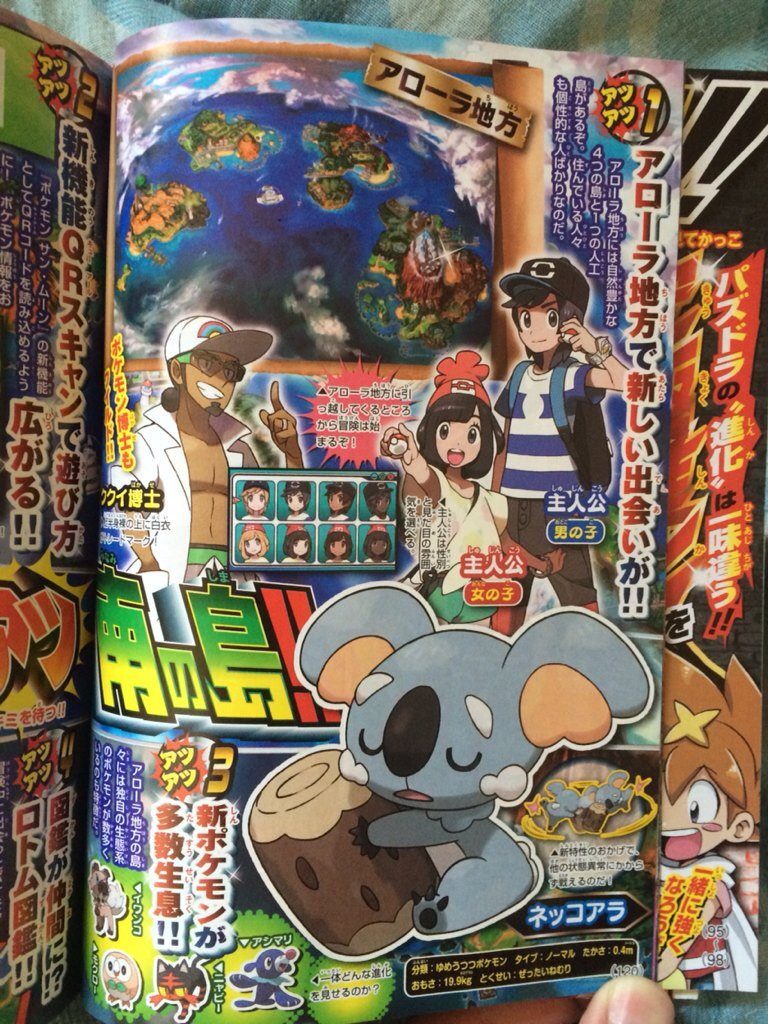 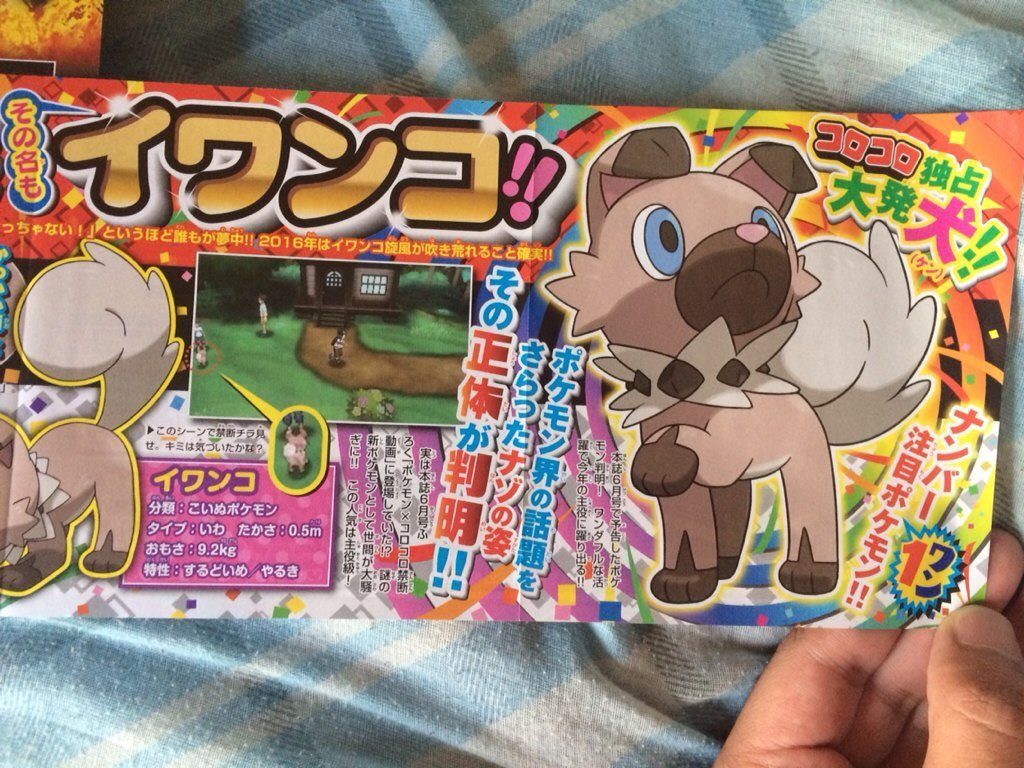 We have Nekkoara (Nekkoala), the ‘Dream Catching Pokémon’. It is Normal type.

We also have a Rock-type dog Pokemon called Iwanko. This was seen in an earlier trailer in the overworld.

We have some information and images already revealed by the trailer about serial codes and the Rotom Pokédex: 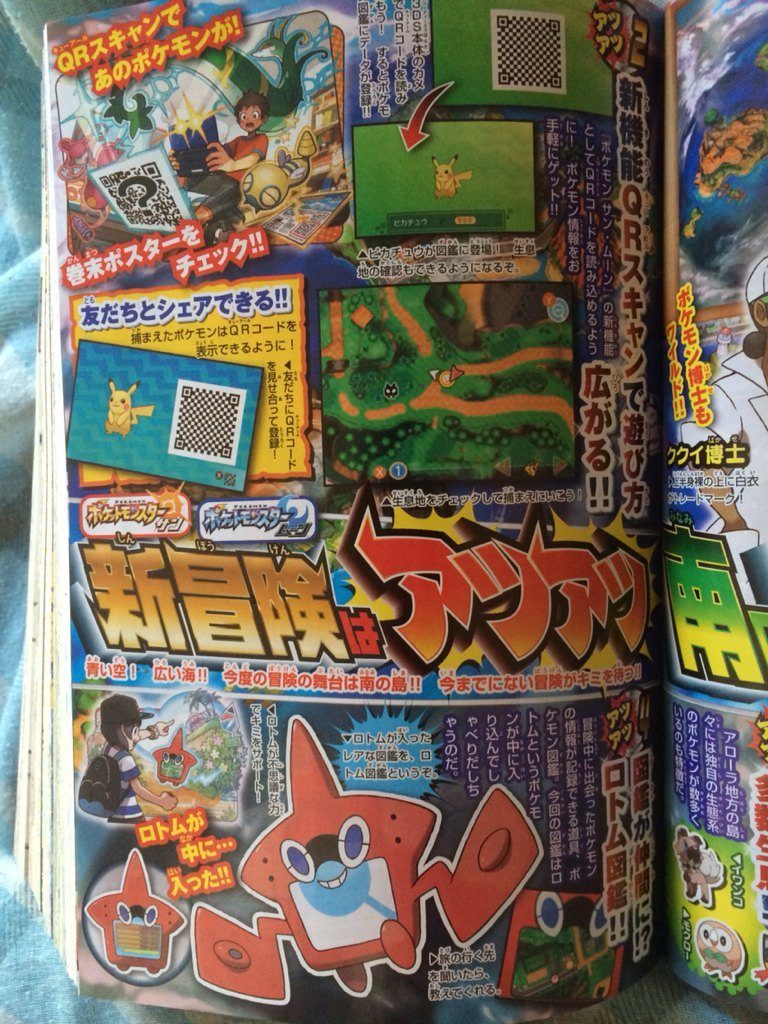 We also have further CoroCoro scans of the upcoming movie. Serebii.net (who we tipped off about these leaks) reports that:

Attendees at the movie will receive a Pokémon Ga-Olé disc that has a QR Code that can be scanned to get Magearna in Pokémon Sun and Moon. Magearna has the Soul Heart Ability and a new move called Furuuru Cannon and will be found at Level 50. 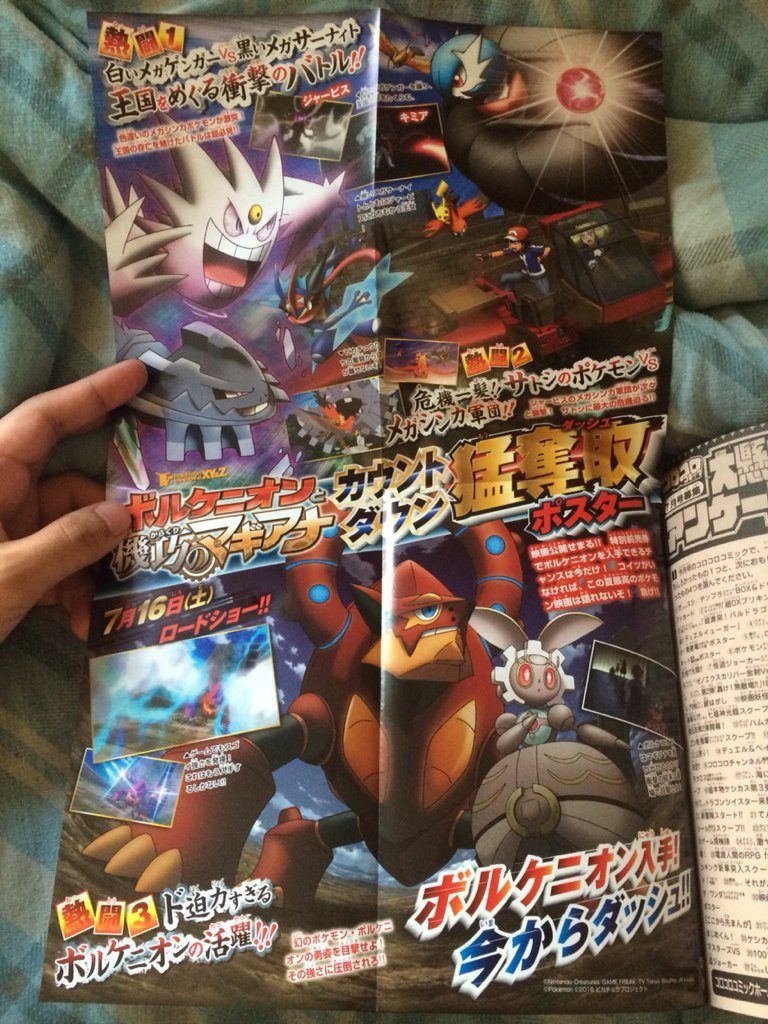 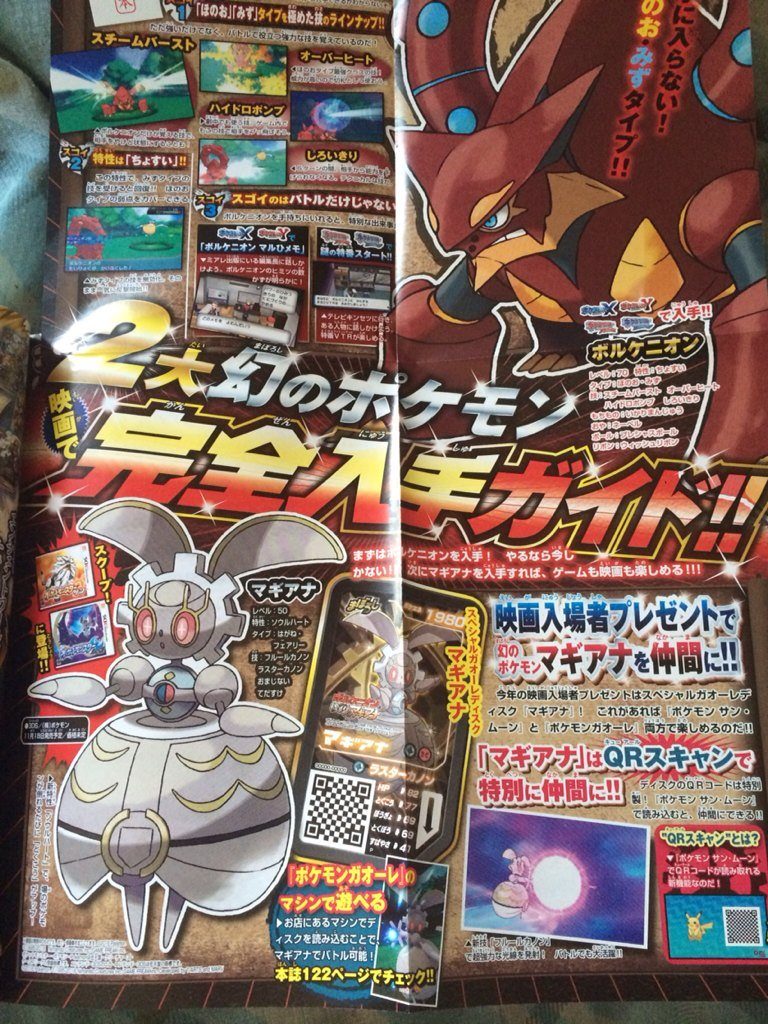 The Greninja event for the movie, thanks to the Pokémon Election results, will also be distributed with its the ability Protean and the moves Hydro Pump, Gunk Shot, Mat Block and Happy Hour. 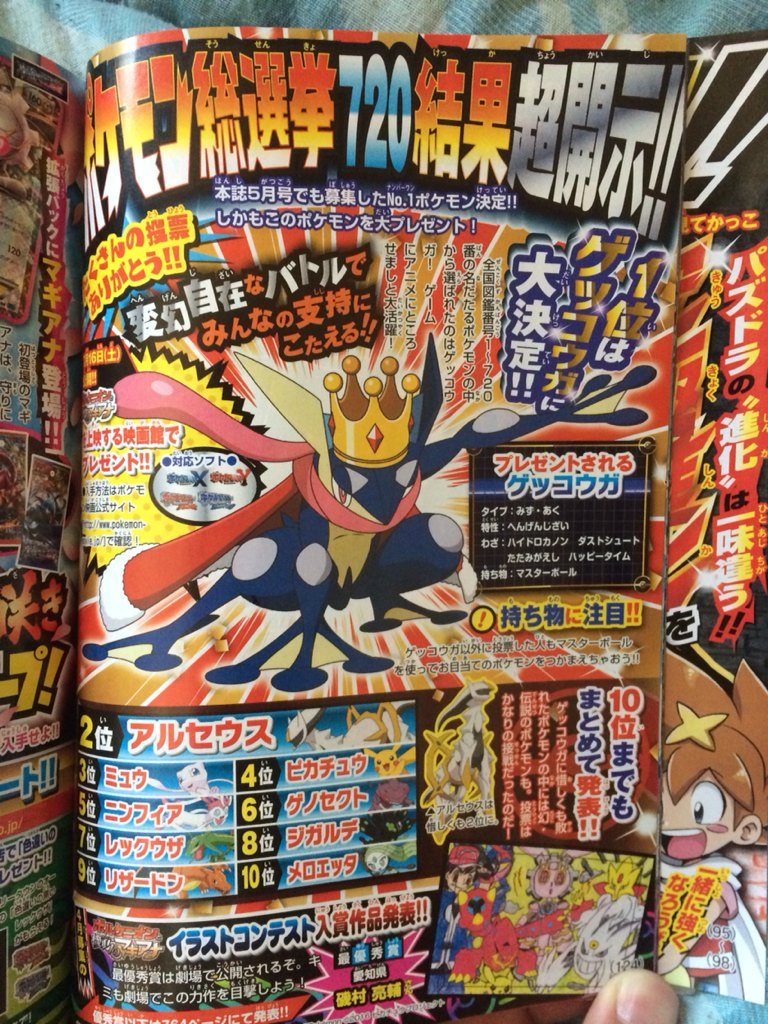 Thanks to TSS_Killer for the tip.